But it is Japanese! It's a mk3 MX5! One of the cars on my car-bucket-list. I needed a new car and finally had the budget for a really nice one but not for a decent Type R. So I bought one (1.8), more or less the only really nice looking one. Had it checked by a garage. Engine went after a couple of 100 miles

Completely lost faith in the car. Decided to take the opportunity to swap to a 2.0 cause it's more or less just as expensive. Found a really good one. But let me tell you, the engine of the mk3 is a piece of sh1t technically. Structurally flawed. Very much more so than I thought even after doing research before buying. Engine-wise an MX5 will never touch any DOHC B, K, H of F series. And every generation of MX5 is technically flawed. NA and NB are rust buckets and so nasty that when you start to see any rust you are way too late. NC has flawed engines. And from a source very known in the MX5 community here I heard that body wise the ND is a disaster and dealers are worrying about the costs of fixing everything under warranty. The gearbox has also seen several revisions because it has some real problems. Very weird for such a popular Japanese drivers car with so much design effort put into it to be so flawed, every generation!

But driving it is insanely fun! It's a bit less serious than a Type R but no less fun. I really love how it drives, the low driving position, the gearbox, playing around with rwd and dropping the top. My heart stays true to Honda though and some day in a not too distant future I will be making up my mind about a DC2, EK9 or FD2. Maybe a GT86 in between. But for now, here she is. 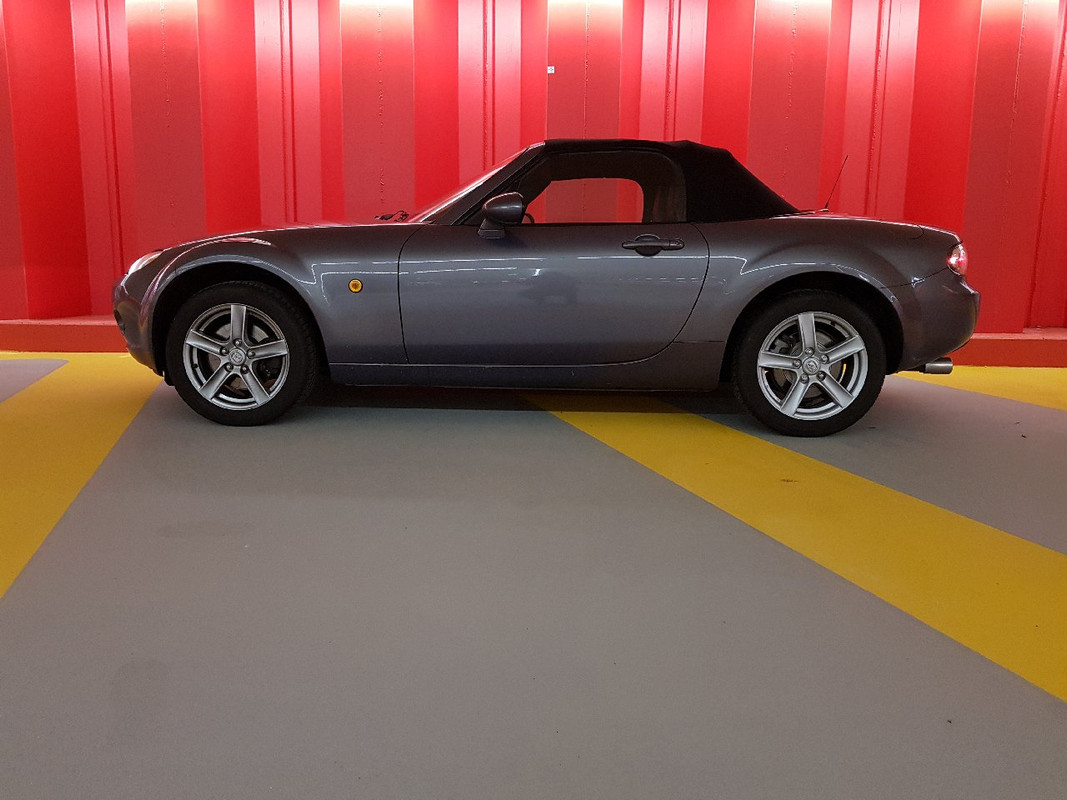 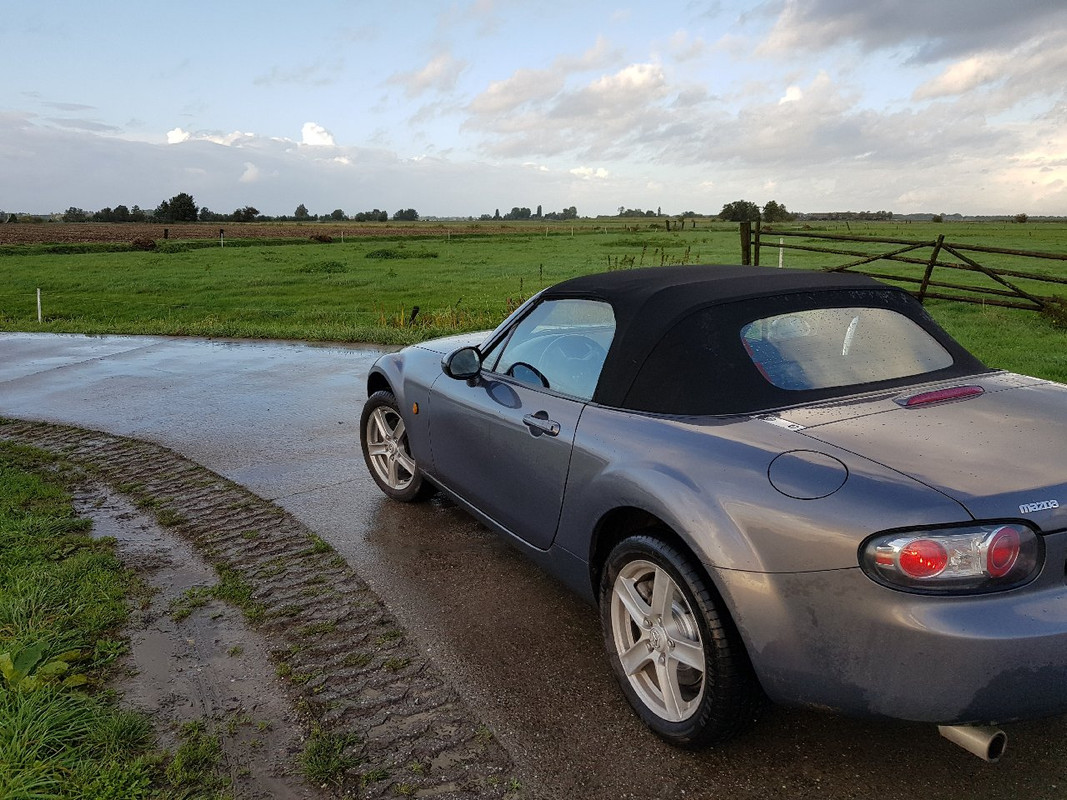 Engine in nc are ford engine both 18 and 2.0 what someone told me.

Could be right, Ford did own part of Mazda for a while, but that was a couple of years ago.

madman said:
Engine in nc are ford engine both 18 and 2.0 what someone told me.
Click to expand...

It's a modified Ford engine yes. Unfortunately Mazda hasn't modified it enough to make it a better engine...Unfortunately there are no parts for a K-swap.
Last edited: Apr 21, 2020

Nice car, they are great fun to drive. If I wasn't such a lad ass I'd consider one too. Lol.
K

Curious what the engine flaws are? I have no clue about MX5s.

It's been a while! I have sourced a few parts that I have laying around now. A nice subtle trunk spoiler lip, Bilstein B12, differential with LSD. Hoping to do the spoiler lip, suspension and powder coated wheels more or less at the same time, will post pics of the result.

Unfortunately I have discovered another weak point of these cars. My pre-cat in the header broke in pieces. It also clogged my second cat. So now I have to replace both. I have already replaced the header for one without precat for more power. The center pipe has yet to be replaced for a s/s one with racing cat. After searching online for information I found out these pre-cats go more often. Decided not to get OEM parts, when it fails again I might have replace header AND center pipe again!


Klasse said:
Curious what the engine flaws are? I have no clue about MX5s.
Click to expand...

The problem is in the bottom, where big ends easily go and also damaging the crank in the process. And obviously they don't go out of nowhere but these engines do have a habit of using excessive amounts of oil out of nowhere. So you start driving your car one day after you've checked your oil and there was more than enough. You drive 100 miles with some really good blasts. Then there is that one awesome corner. You enter the corner on high speed, on the limit of grip and passing the apex you push the pedal. Now here's what can happen. Your engine has used a big amount of oil. Maybe it's still on a level above the minimum line, but still. G-forces in the corner push the oil to one side of the sump. For a very small amount of time your big ends are without oil. Not good for any big end but because these are so weak your bottom end is dead now. Also, there have been several reports of bottom ends going with oil level far above minimum. One of the scrapyards I called was specialized in Japanese cars. The mechanic I spoke told me revision is of limited use; the cilinder walls alledgedly easily deform causing the huge oil consumption.

It must be said however, that most victims are pre-facelift cars.

What about an S2000? The best of both worlds! I'd have taken that over the TVR in a heartbeat if it wasn't for the rust issues we have here. At least with the TVR I can the body off and make the chassis brand new again, once a Honda starts to rust it's a never ending story.

oifovo said:
What about an S2000? The best of both worlds! I'd have taken that over the TVR in a heartbeat if it wasn't for the rust issues we have here. At least with the TVR I can the body off and make the chassis brand new again, once a Honda starts to rust it's a never ending story.
Click to expand...

You're from the UK right? On the other side of the north sea rust issues are not as bad as in the UK but it's not like it's souther Spain here either (luckily in terms of heat). Another problem is the price, the cheapest S2k's here are 19k pounds. That's in a totally different league than my MX5. For that money I would get a Lotus Elise to be honest

But the MX5 is so much fun to drive. It's just really a let down if you expect Japanese quality like you could be used to from the likes of Honda or Toyota.
Last edited: Aug 20, 2021
You must log in or register to reply here.
Share:
Facebook WhatsApp Email Share Link
Top