New member from the United States

I'd like to introduce myself to the community. As the thread title implies I am a new "owner" located near San Francisco in the US. I say "owner" because I've purchased my EK9 sight-unseen from the UK and it will be living there with a friend until it's legal for import in 2025.

A bit on my background. I'm a life-long petrolhead and I enjoy all parts of the hobby. Weekend drives, cars and coffee events, photography, track days, the whole deal. While I tend to visit some brands more than others, I am generally brand-agnostic and always looking for cars that are accessible and enjoyable on the road. To that end, my Honda journey began in 2015 when I purchased the only Type-R (up to that time) that we received in America, the DC2 Integra Type-R.

You can read the whole summary in my Honda-Tech thread if you like, but the short story is that I loved the car and it was my gateway into the golden era of high-RPM Honda VTEC motors and FWD performance. I owned it for two enjoyable years but sold it because that particular car had undisclosed accident damage and, even though it was amazing to drive, I wanted to free up garage space for something new. 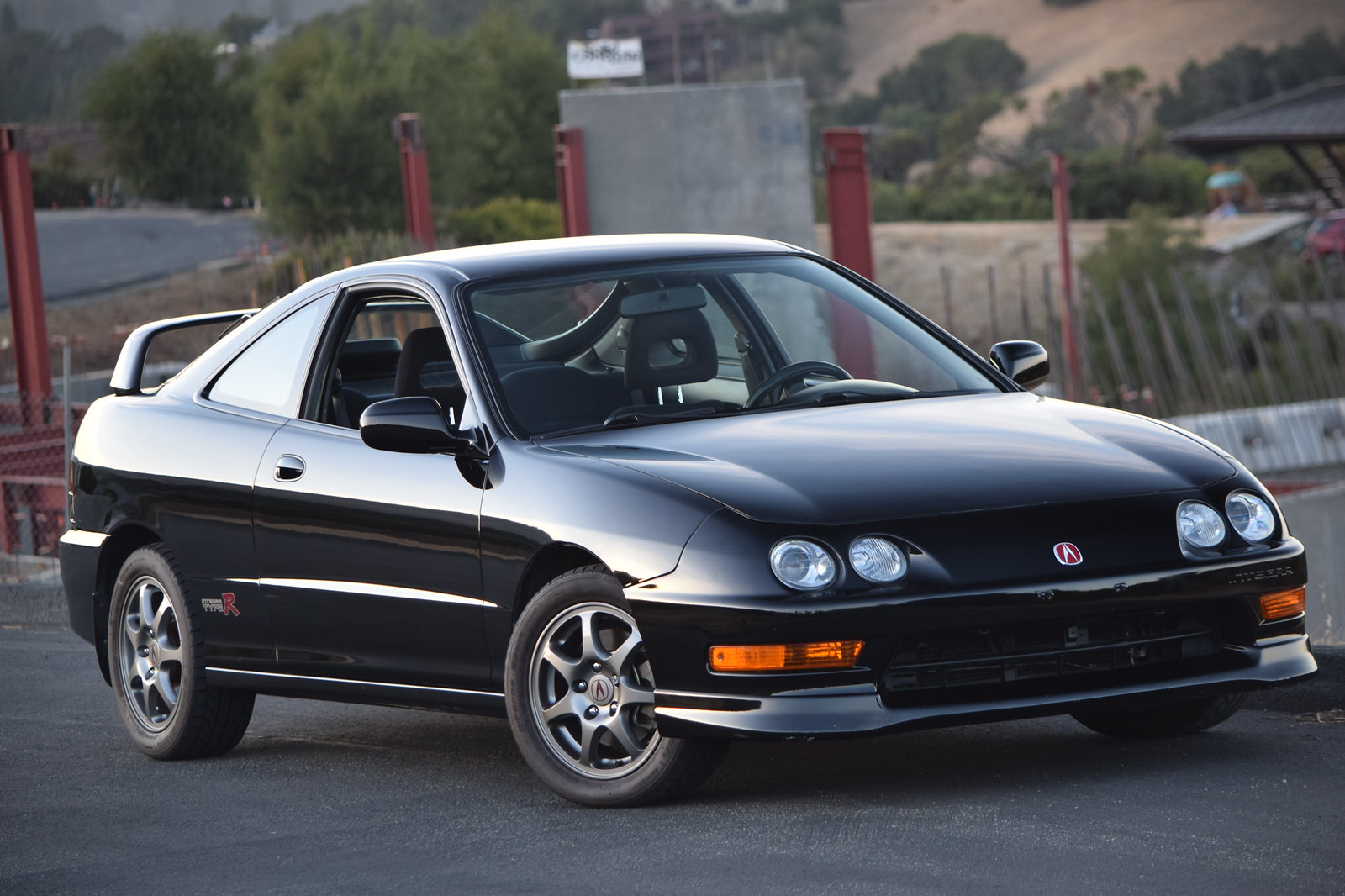 As I am sure you're aware, 80s and 90s Japanese cars have started to climb in value as the kids who grew up wanting them have finally made enough money and reached a point in their lives where they can buy. In the years since 2017 I've missed the Integra driving experience and watched with dismay as prices for good US-market DC2Rs have climbed past $40-50k. One day, with this banging around in my mind, I saw an EJ hatch on the road and started thinking about the Civic Type-R. In the United States, a car that was not sold here originally is not eligible for import (with some limited exceptions) until it is 25 years old. With EK9s starting from the 1997 model year this means that these cars are on the cusp of legality. I investigated prices and found them, while high for an old Honda Civic, to be far less than an equivalent DC2R.

I originally looked in Japan with the intention of using a broker to buy and store the car in-region until it was eligible for import. Then, on a whim, I checked the UK to see if there was anything that checked the boxes. I found a beautiful 2000 RX in Championship White. I reached out to the owner, assuring him that I was not a Nigerian prince, and called on a good friend/felllow petrolhead in the UK to see if he'd entertain keeping the car for me. The responses were positive and after some FaceTime calls with the seller and a resoundingly positive inspection, I purchased the car. 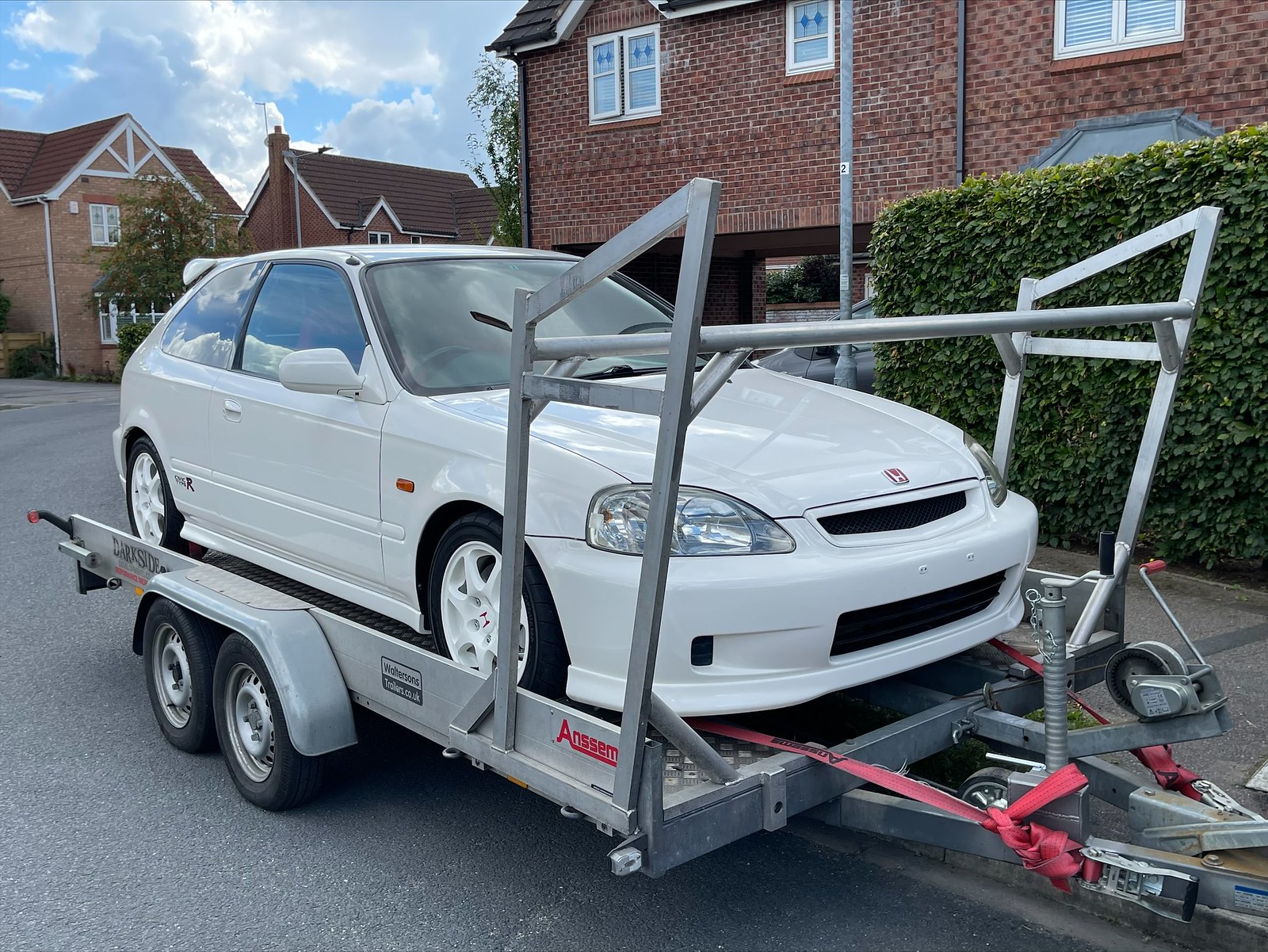 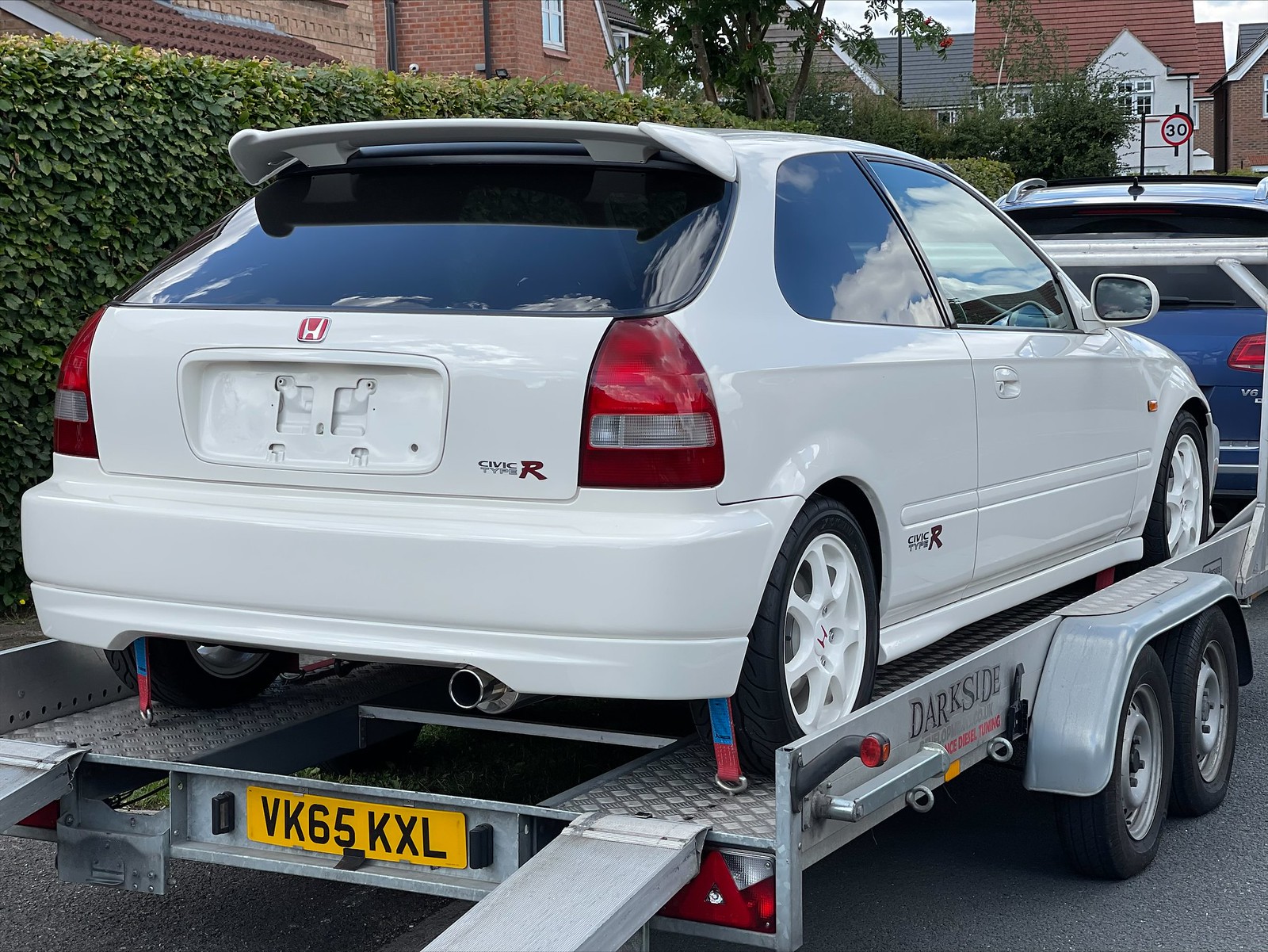 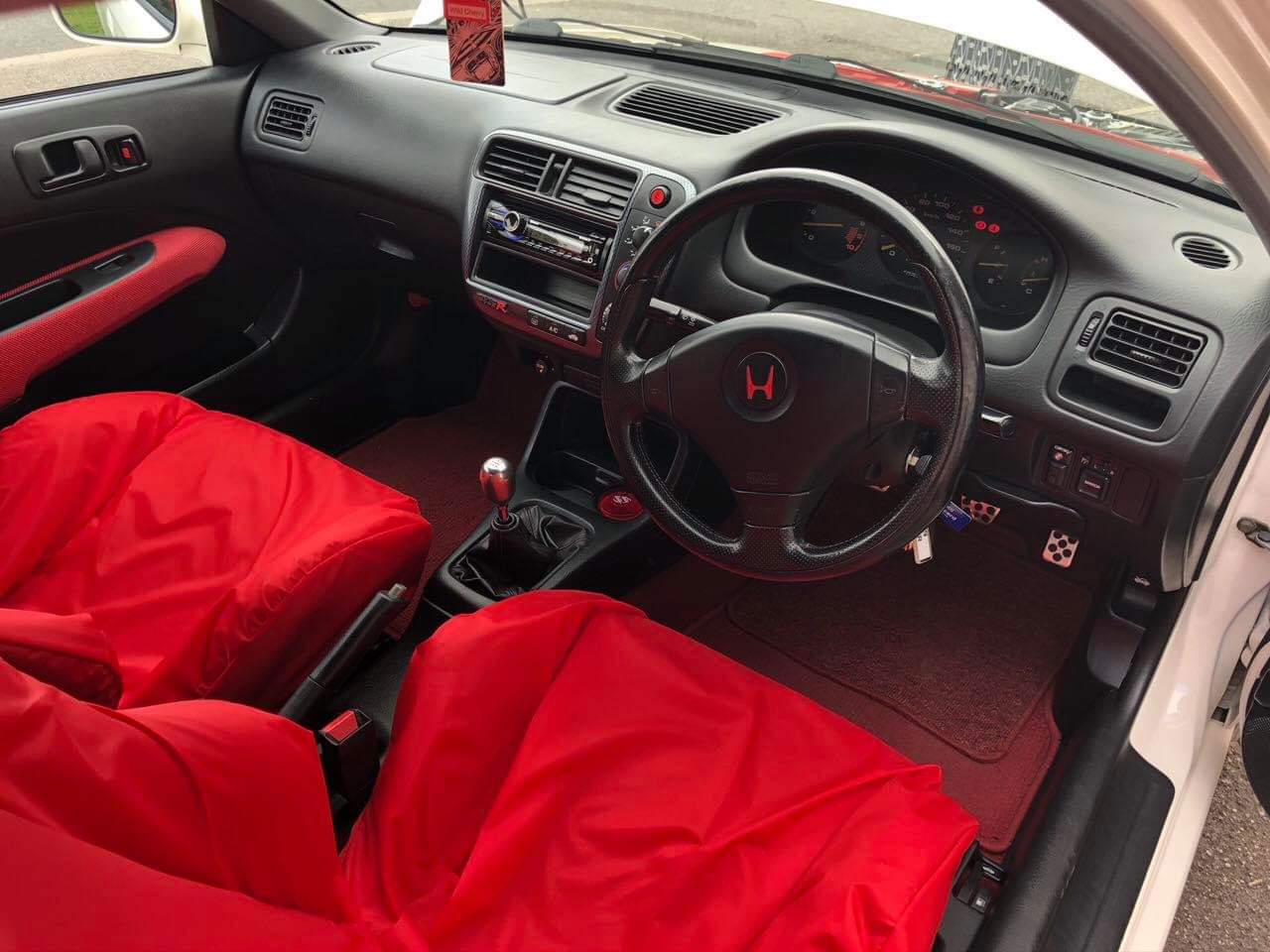 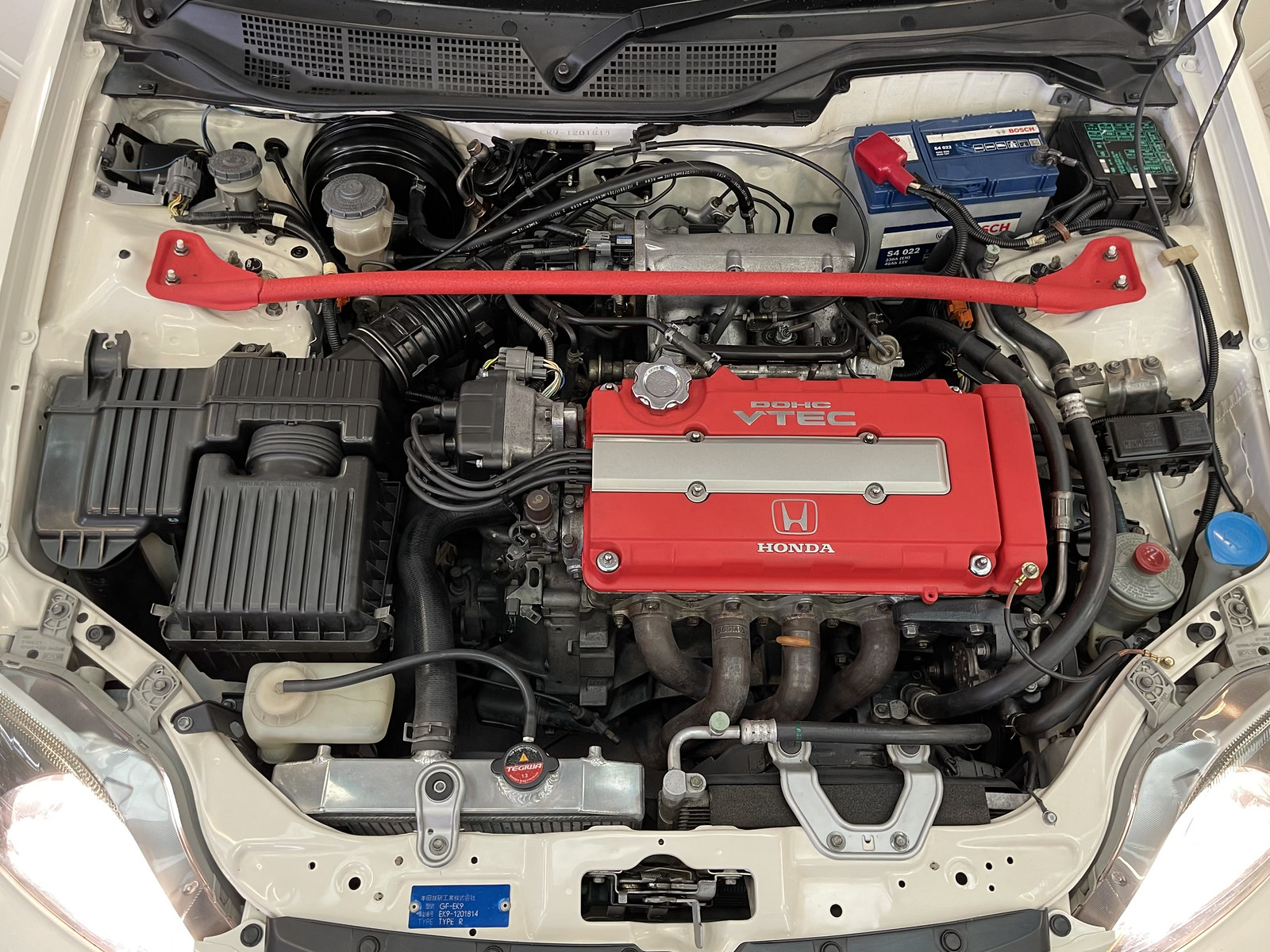 The car has been in the UK with the previous owner, who imported it, since 2012. It's run a bit over 150k km and it is in very original condition, with the main changes being a Mugen header, Spoon N1 back box, and BC Racing coilovers. The condition is excellent, it received a repaint in Japan but the execution is very good and all of the important original bits and bobs are there. I know that another white EK9 probably doesn't get the blood pumping too much here on the EK9 forum, but I can't tell you how excited I am to own and drive this car. This is serious Gran Turismo fantasy dream territory for an American and it's going to be a long 3.5-year wait.

So what happens now? The car will live near Birmingham with my mate until 2025. He's smitten with the car and will exercise it regularly for me, so please keep an eye out at the local events and give a wave (and tell him to slow down!) if you see him tearing around. I've already sourced a stock muffler and I am on the lookout for the stock suspension setup and exhaust manifold as well. I like to keep my cars pretty close to stock, and my DC2 was fantastic to drive once I swapped out the harsh coilovers for the OE suspension setup. That car had a Toda header and Mugen twin-loop exhaust and the sound was perfection. I'll see what I think once I drive the car.

Assuming things go well, I have a friend getting married in the UK next August so I plan to retrieve the car and do a one- or two-week road trip to explore the British countryside. I've never been to Goodwood so maybe I attend in 2023 with my own little Civic. Or cross over to mainland Europe? Many good options.

In any case, thanks for reading along if you made it this far. For obvious reasons I won't have much to contribute to the forum for a little while. But if you have a stock suspension or an exhaust manifold in good nick, and you can get it somewhere near Birmingham, please give me a shout and I'll try to arrange it with my mate.

Some bonus content. I'm not sure what will be in my garage in 2025, but these are what I drive today. 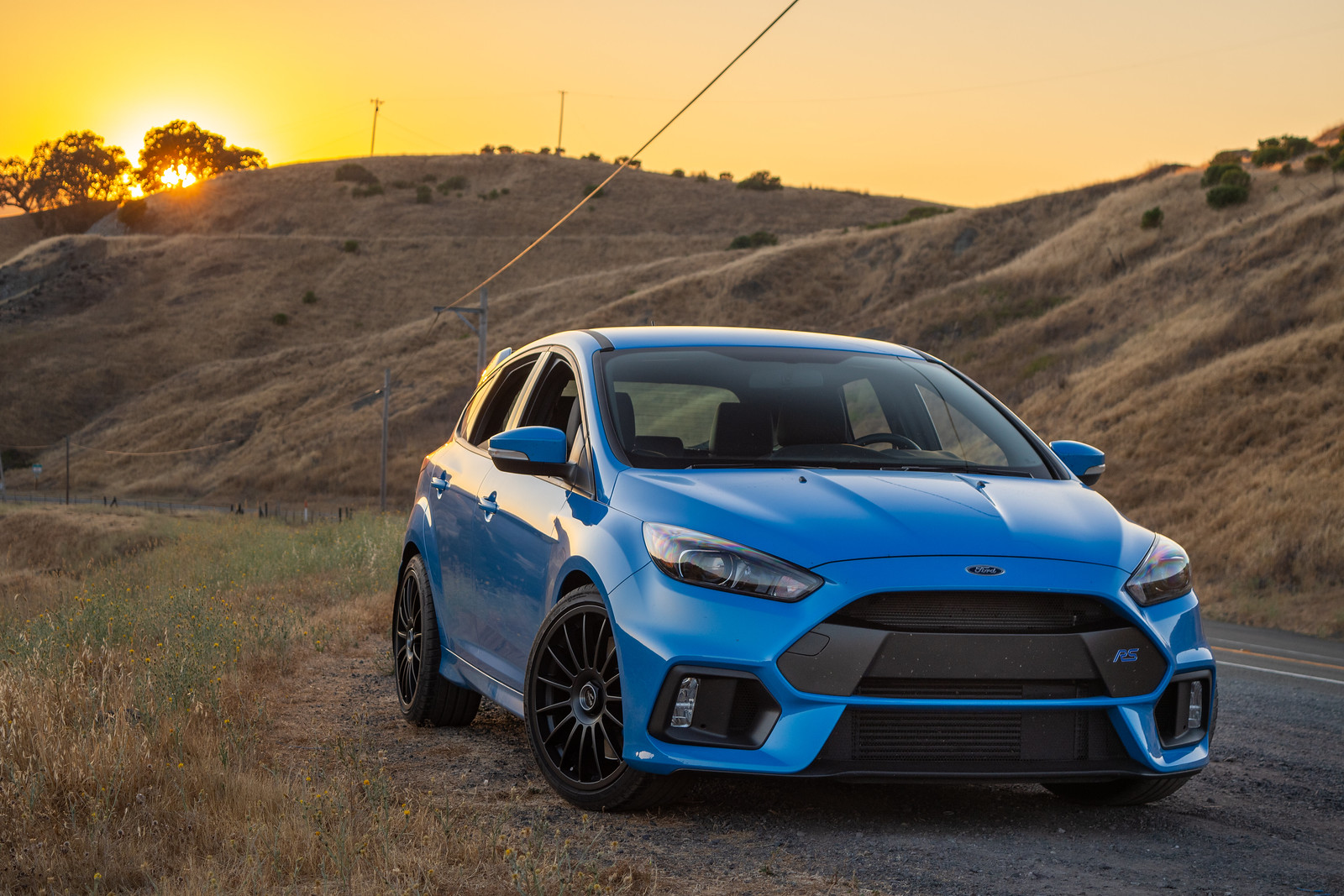 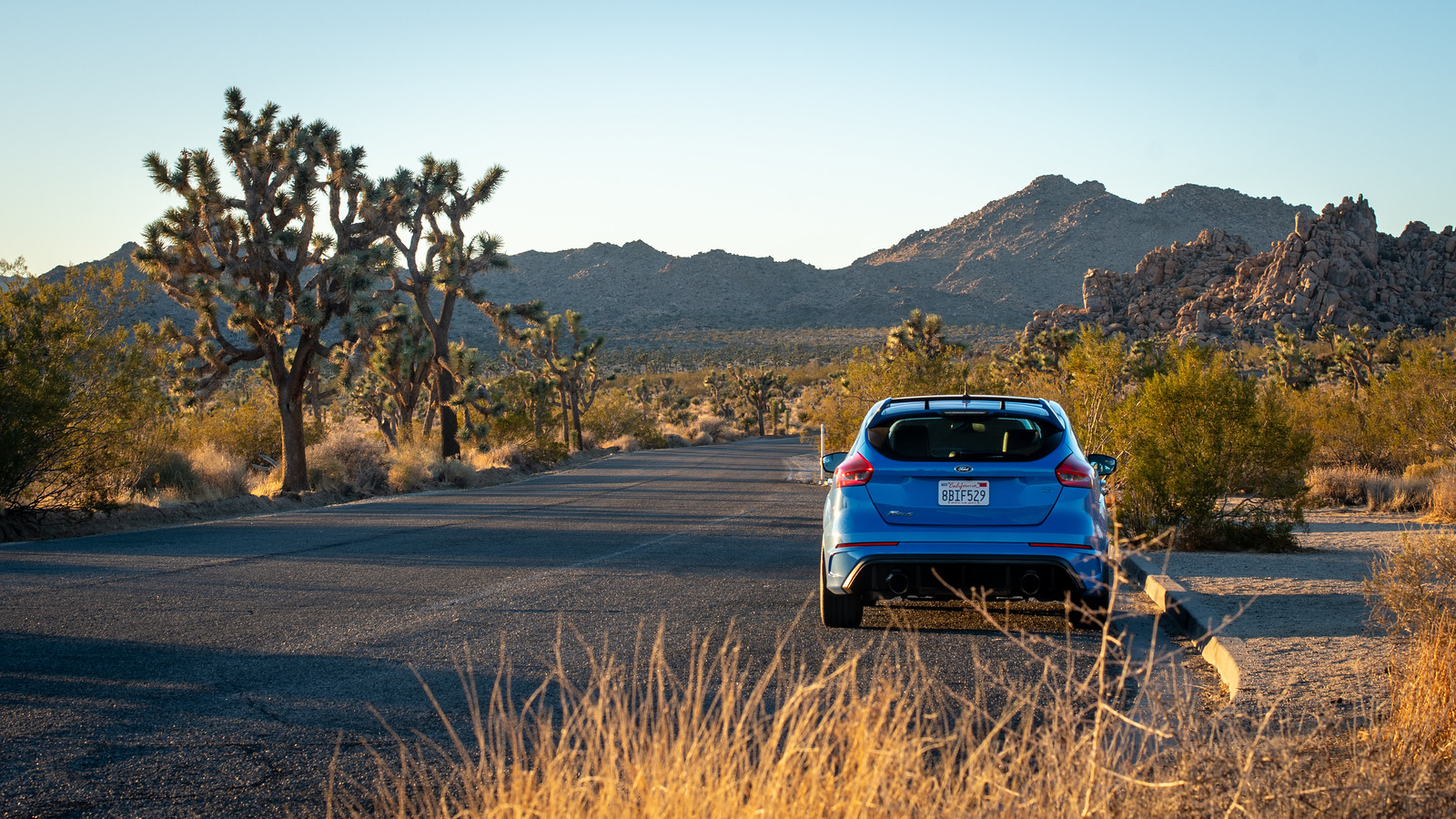 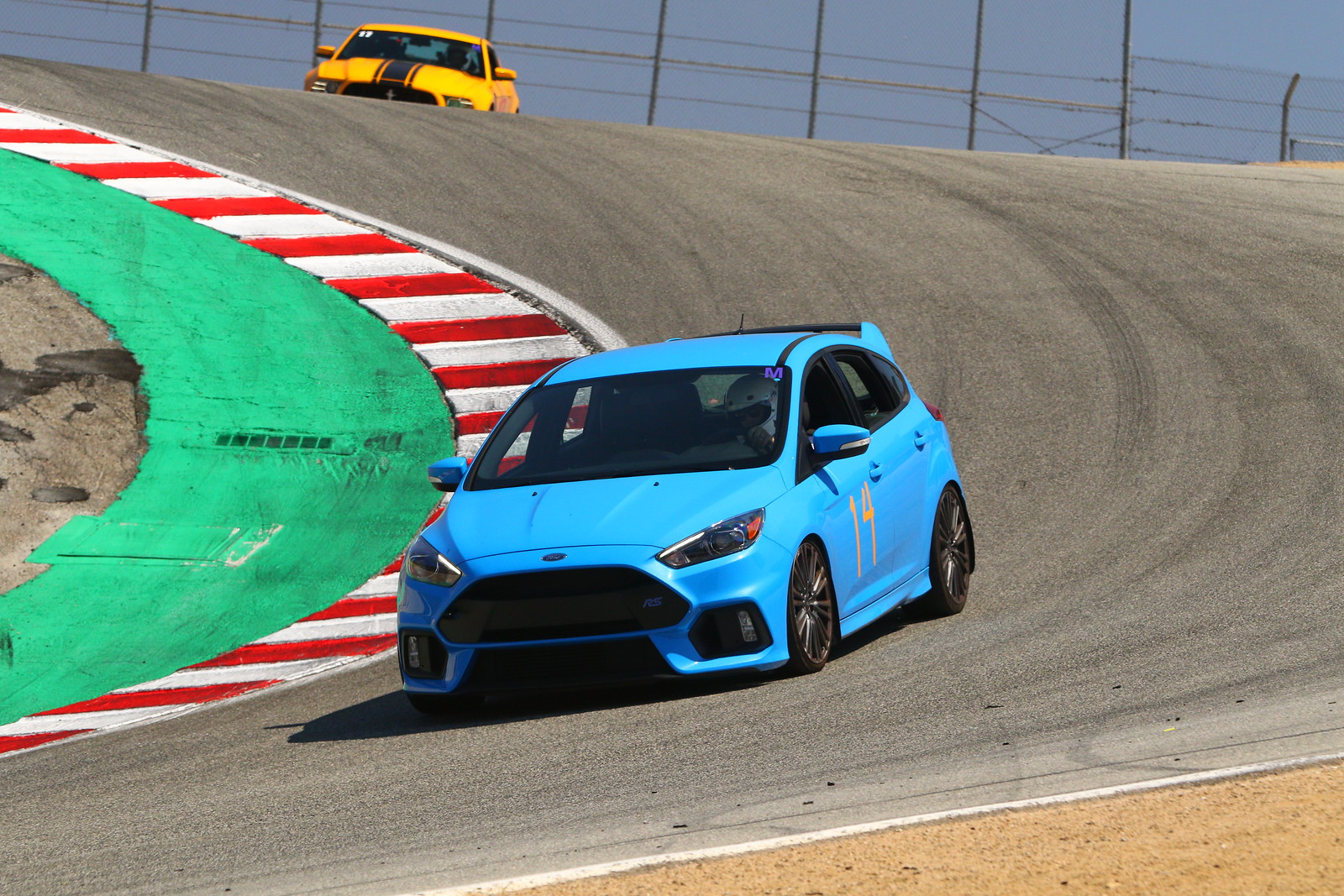 I bought this car new at the end of 2017. We don't get hot hatches in the US like you do across the pond, so when the RS became available for the first time here I jumped on it. It is my daily driver but also sees time at Laguna Seca and serves as our road trip vehicle for excursions across California. I love this car and, with nothing else like it in the pipeline anymore, I think it's a future classic. 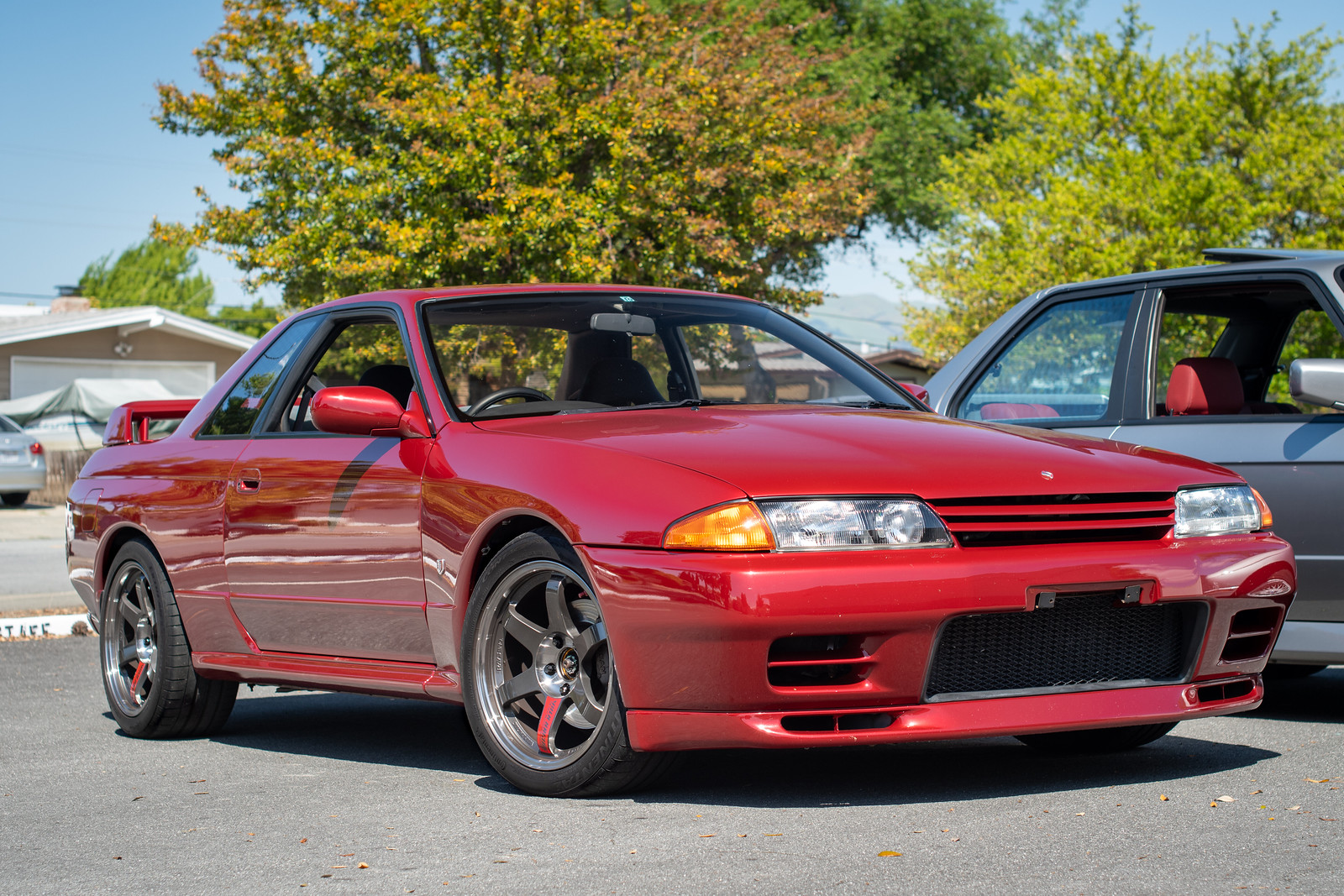 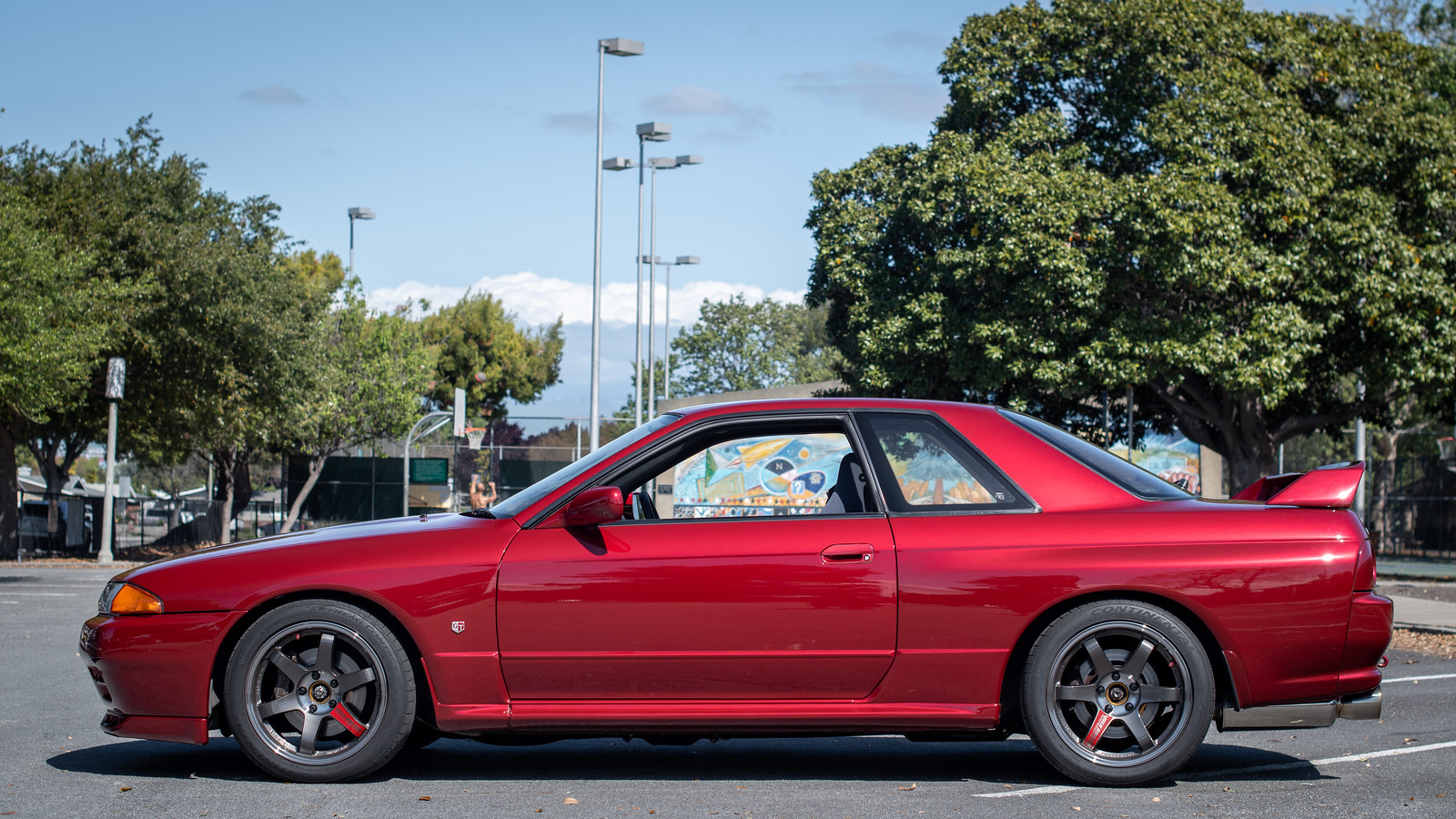 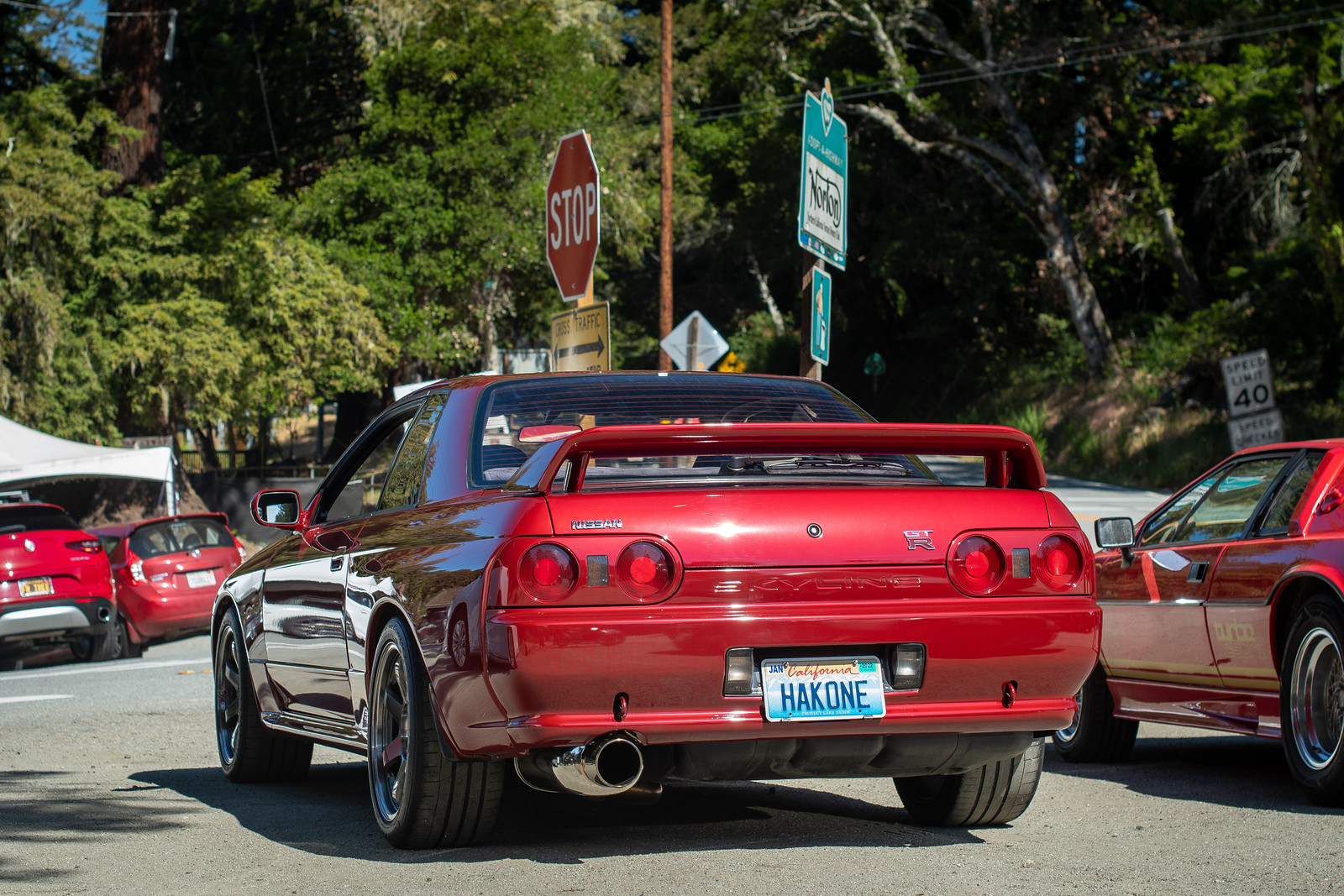 The Civic won't be my first JDM import. I bought my GTR at the end of 2018 and it is the best car I've owned. These are very rare state-side, particularly in California due to extra emissions hurdles, and it's an amazing experience every time I take it out. It's pretty close to stock - Ohlins, wheels, pod filters, equal-length downpipes, exhaust, removed boost restrictor. It's the perfect amount of usable power for the roads around here and I can't believe this car first came out in 1989. It must have been a spaceship then, it still is today. 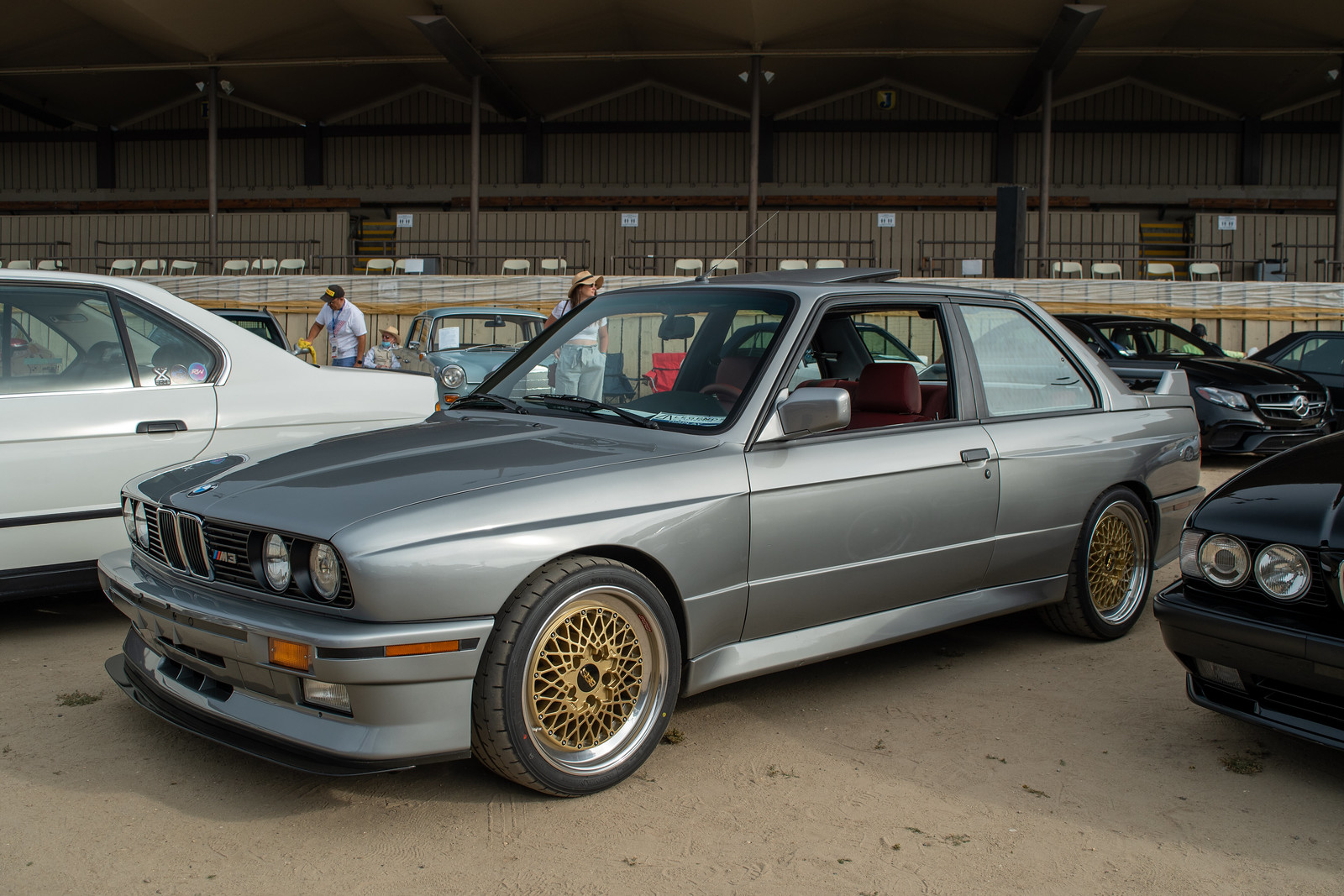 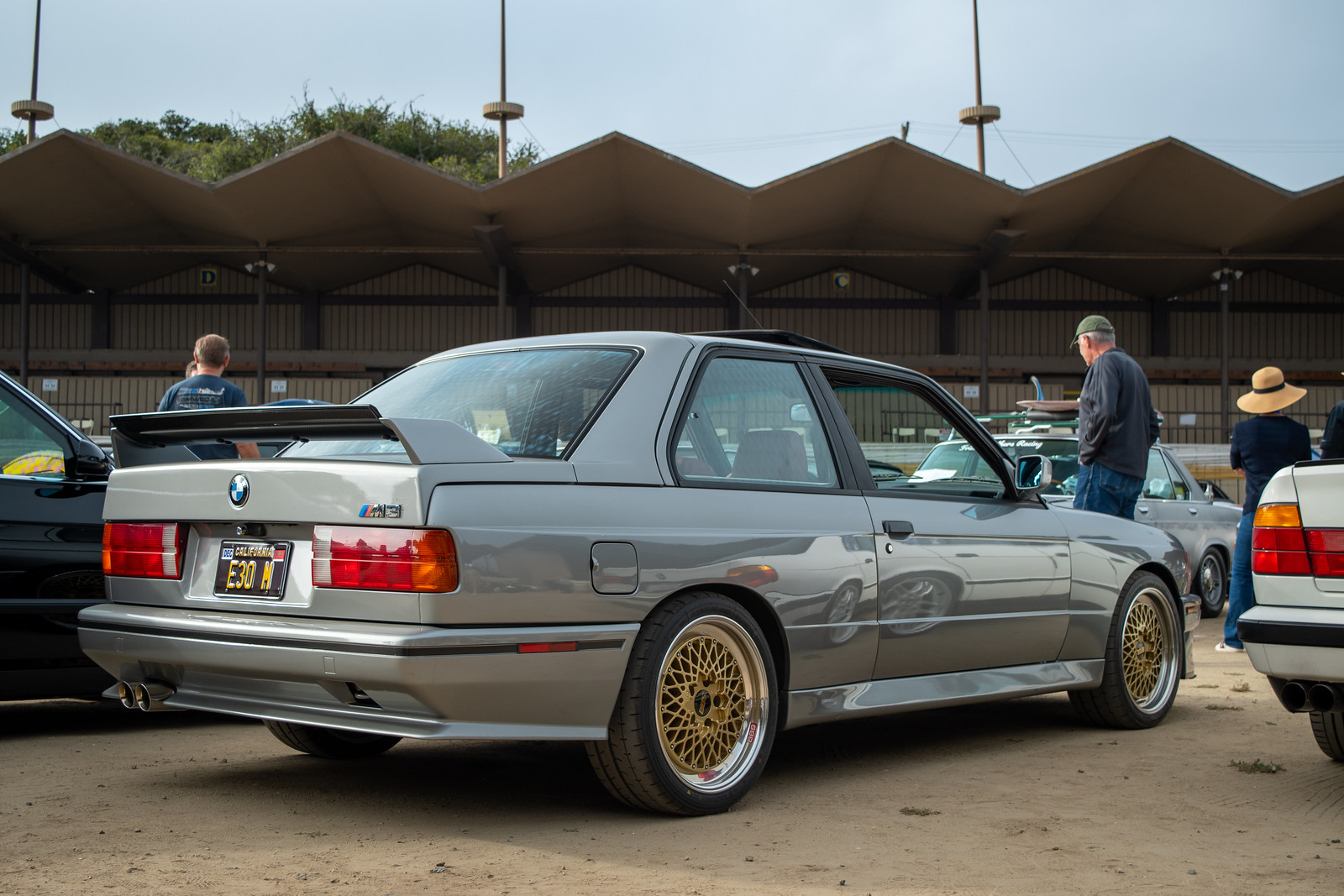 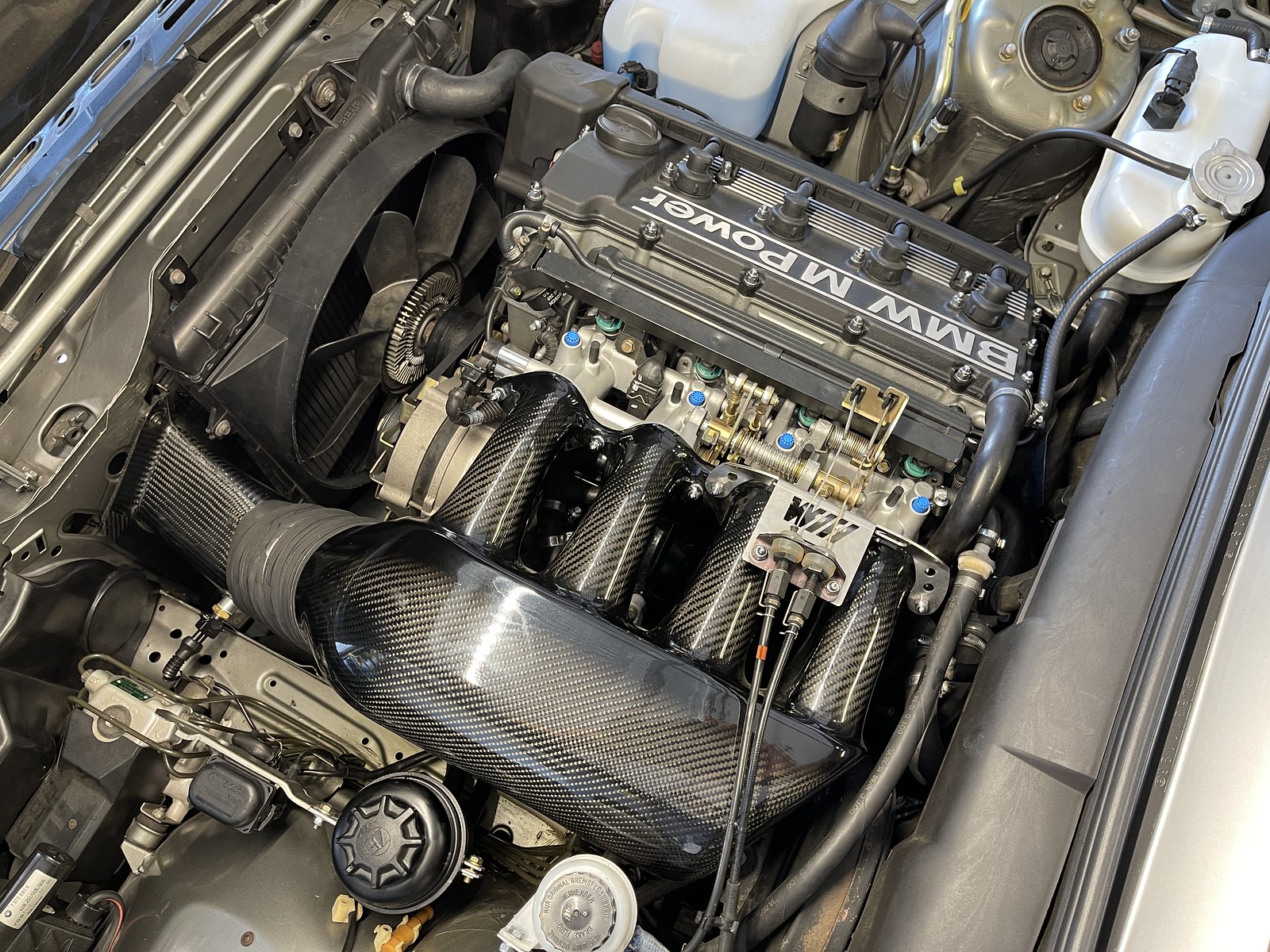 The M3 I've owned since the beginning of 2020, though this is my third (and best) one. I've thrown my effort (read: wallet) into making this car the best version of the M3 it can be. Sport Evo replica front splitter and rear wing, BBS E50s, and the motor was just rebuilt to a 2.5L with mild street cams, carbon airbox, Evo flywheel, etc etc. Incredible induction sound, strong from 4k RPM to redline and looks the business. Parts are on the way to pull a bit out of the front ride height and then it'll be right where I want it.

I don't have much EK9 in my Instagram feed so please feel free to add me, my handle is the same as my username - @magnus_drives.

wow your cars are

Ek9 looks like a cracker to add to the collection.

Beautiful collection. I'm also from the "bay area". Hopefully I can see some of your rides at a future meet/drive...