Question on oil catch tank for B16

I've a stock B16A2 at the moment, sitting in my EM1. I've a Comptech Icebox on the way from the US, which I plan to install alongside a DC2 intake pipe and filter. The factory Civic intake pipe has 2 ports (I dunno what to call them.). 1 for a hose running to the valve cover, and 1 for the intake air temperature sensor. The new DC2 intake pipe has 1 port and I've decided to use that for the IAT sensor.

That leaves the bung on the valve cover nowhere to go. I've seen people install a little breather filter on the valve cover, but I think its a good opportunity to install a catch tank. First of all, is it even worth doing? The car will be mildly modified and will see the occasional track day. Modifications being intake, exhaust, ECU, etc. I wouldn't go as far as building the engine, like pistons, rods... That sort of stuff.

If its worth doing, then heres my next question. 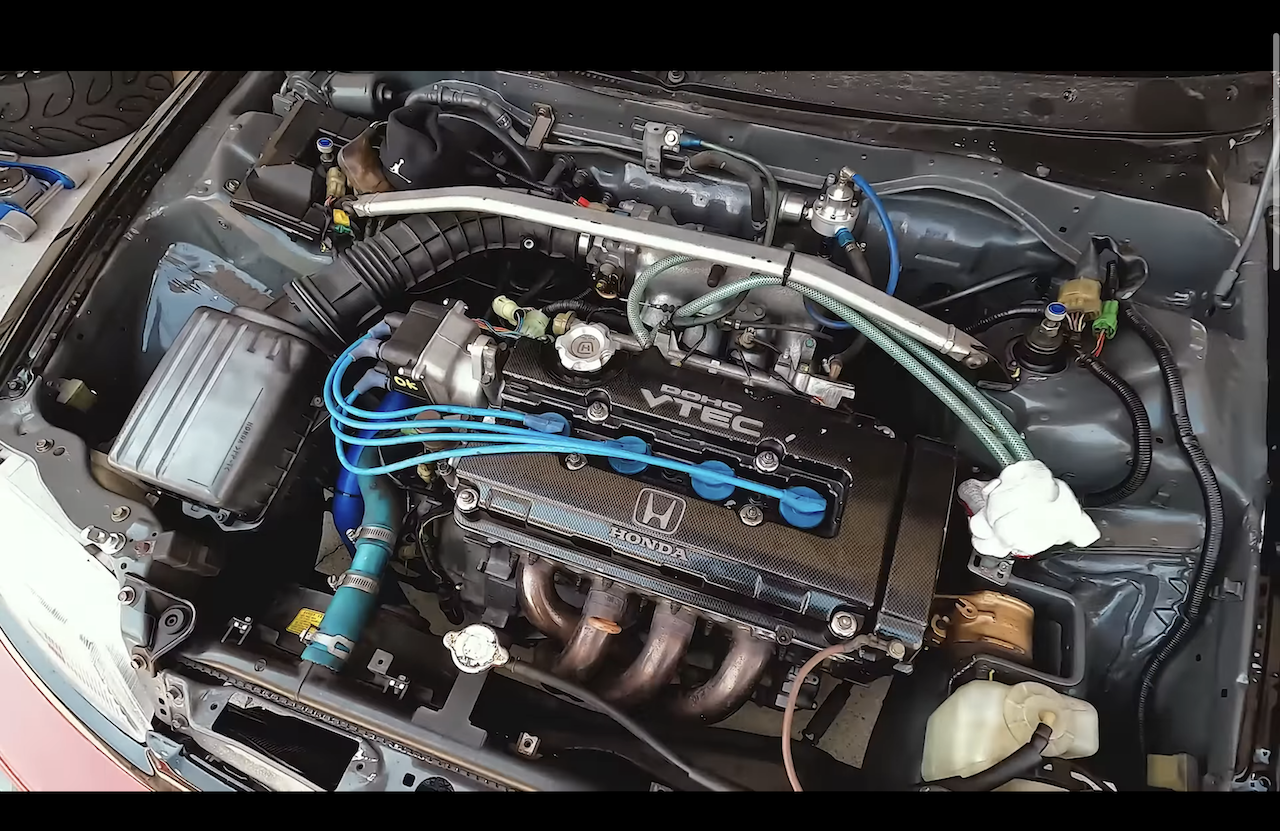 I came across this EF9 in Japan with this setup. Am I correct in saying, I need to install a vented catch tank. Run a hose from the valve cover to tank. Run another hose from the PCV valve to tank. Block off 1 port on the intake manifold.

I've only looked on Minkara because the Japanese seem to run simple enough setups. Meanwhile the other stuff I've seen seem more complicated, like welded bungs on the valve cover.

Here is how my engine bay looks: 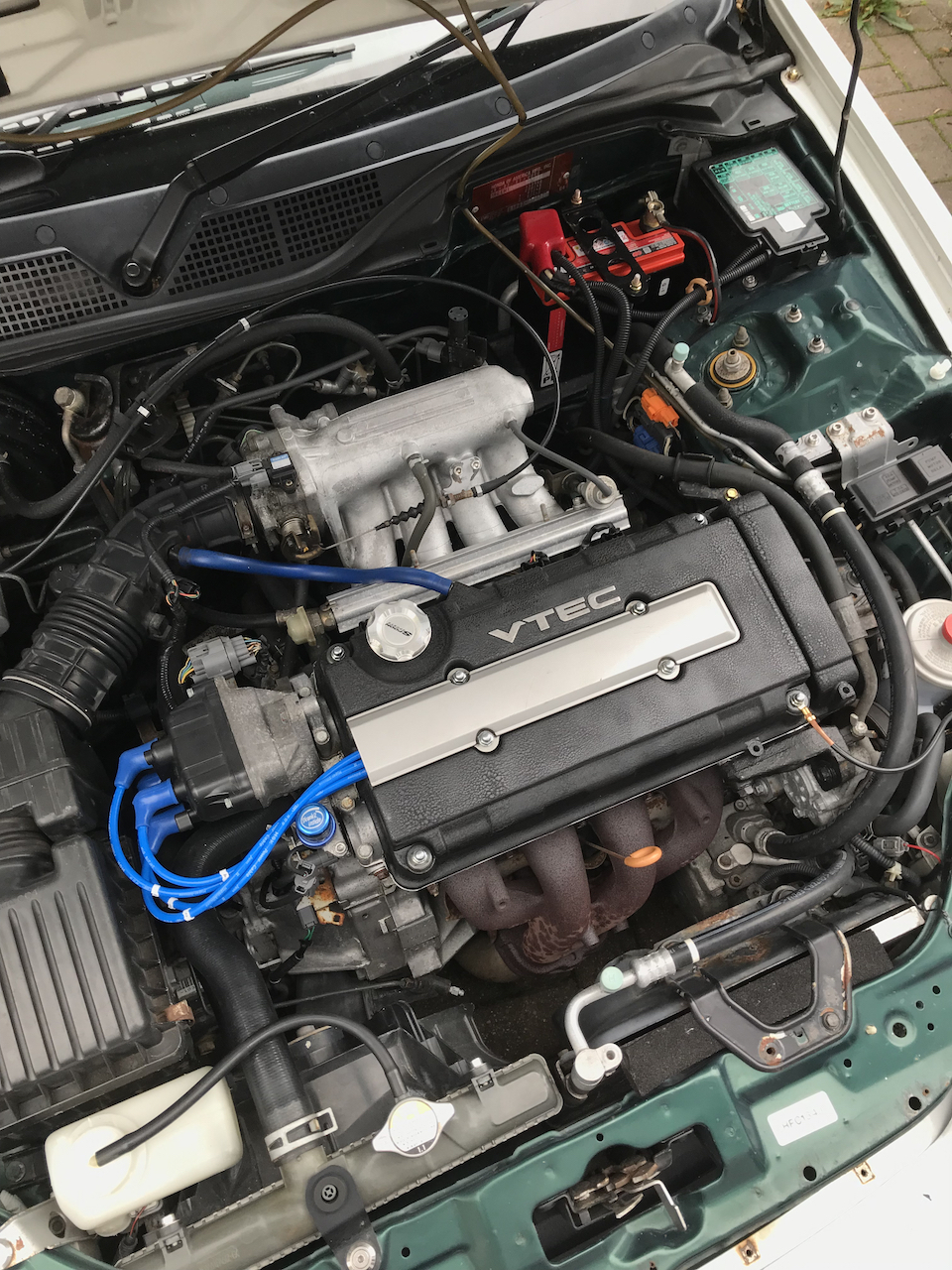 Thanks for taking the time to read through this. Looking forward to reading your input.

I stole this from another post on here but this is what I will be doing myself.
link: https://www.ek9.org/index.php?threads/oil-catch-can-set-up-pic-request.37232/ 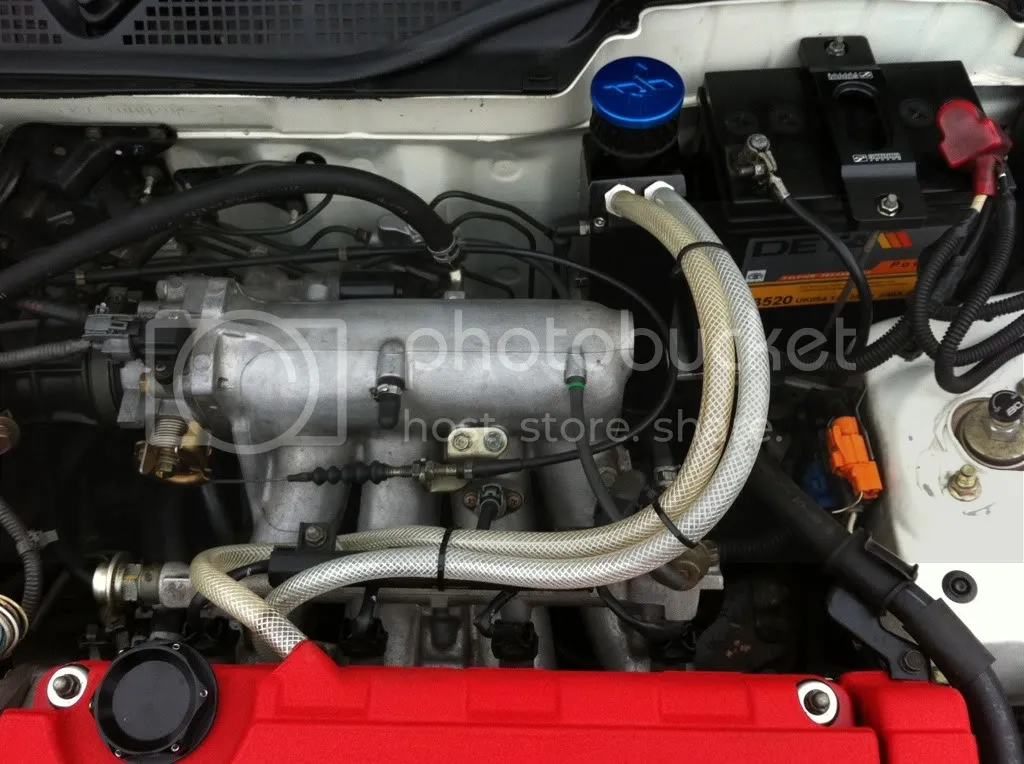 Civicfacelift said:
I stole this from another post on here but this is what I will be doing myself.
link: https://www.ek9.org/index.php?threads/oil-catch-can-set-up-pic-request.37232/

I looked at that thread last night. More or less I need confirmation for my particular setup. Thanks dude.

Id advise using some better hose than that clear stuff, its not the most heat resistant.

Catch cans are certainly worth running though, just make sure to clean it out every now and then

I'm about to do the same thing on my car, running a b16a.

iRELOADED said:
Id advise using some better hose than that clear stuff, its not the most heat resistant.

Catch cans are certainly worth running though, just make sure to clean it out every now and then
Click to expand...