Hello all, I'm Ben, 19 years old. I have always been a car enthusiast but the last few years I have grown to adore jap cars and one manufacturer in particular being HONDA! So after passing my driving test about 6 months ago I bought this sorry looking ej9 as my first car the same week.
It was bought as a project bone stock but in need of major repairs to the bodywork and a re spray (which I will show you if hopefully the pictures work)
I have had plenty of time to think about what route I'll be taking this, at first it was going to be a stance build but I love the look of kanjo/track civics too much so that's what I will be doing to this eventually 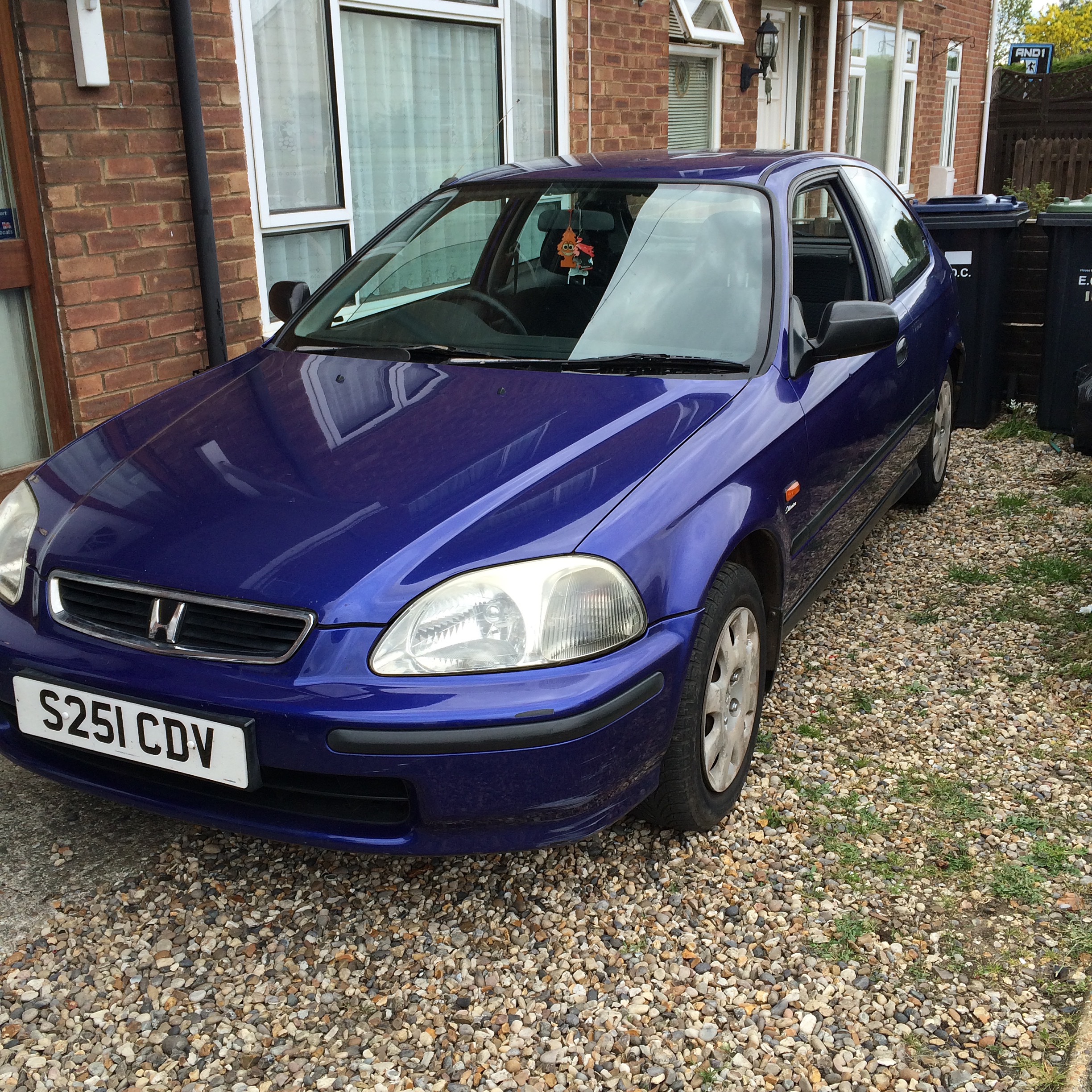 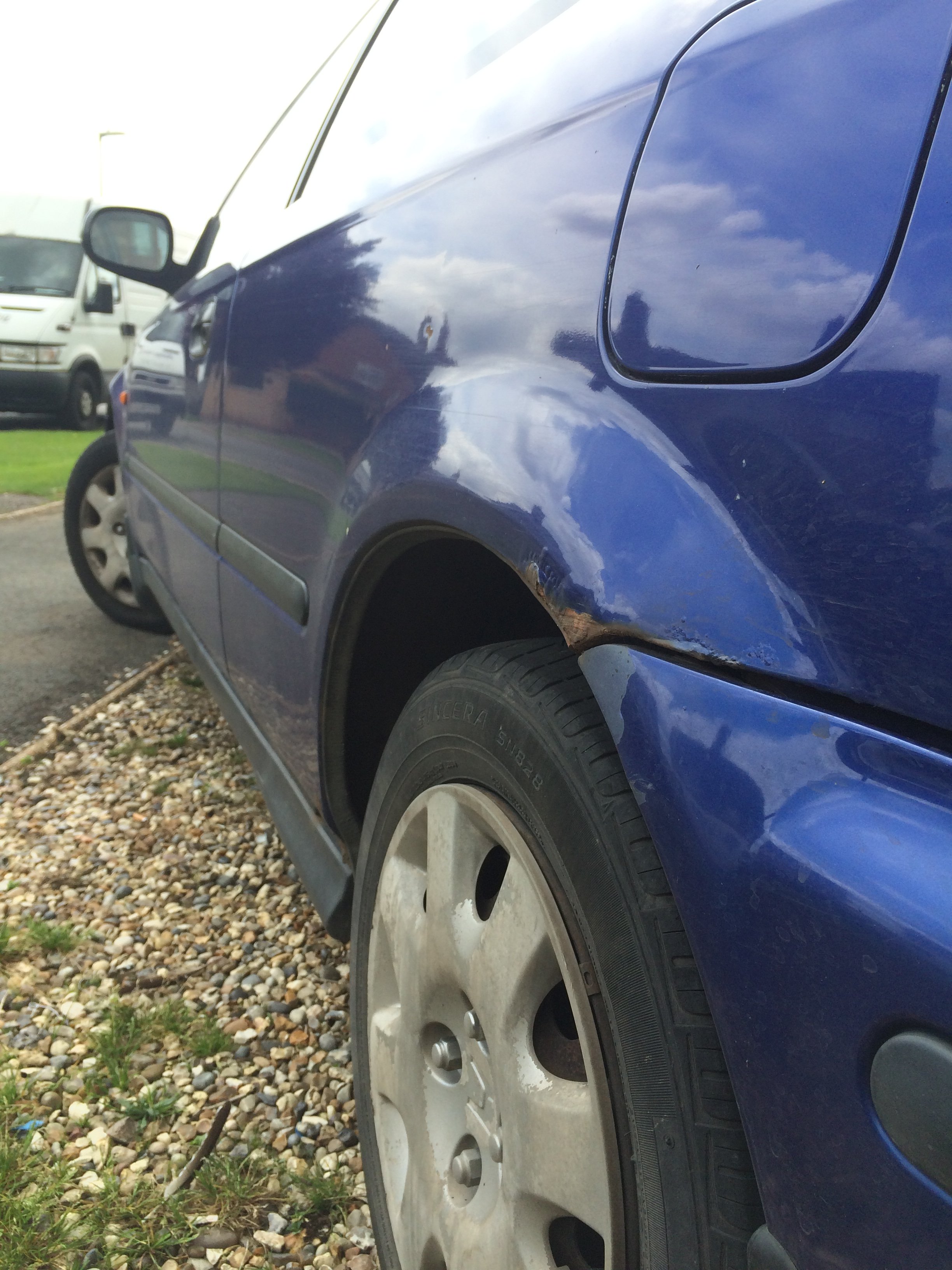 The picture I took the day I got it another to give you an idea of how rusty the arches were but you probably can't see the multiple dents peppered over the car... (I have replacement rear arches ready for next year as they've been fibreglassed for now due to half the inner arch being rotten!) 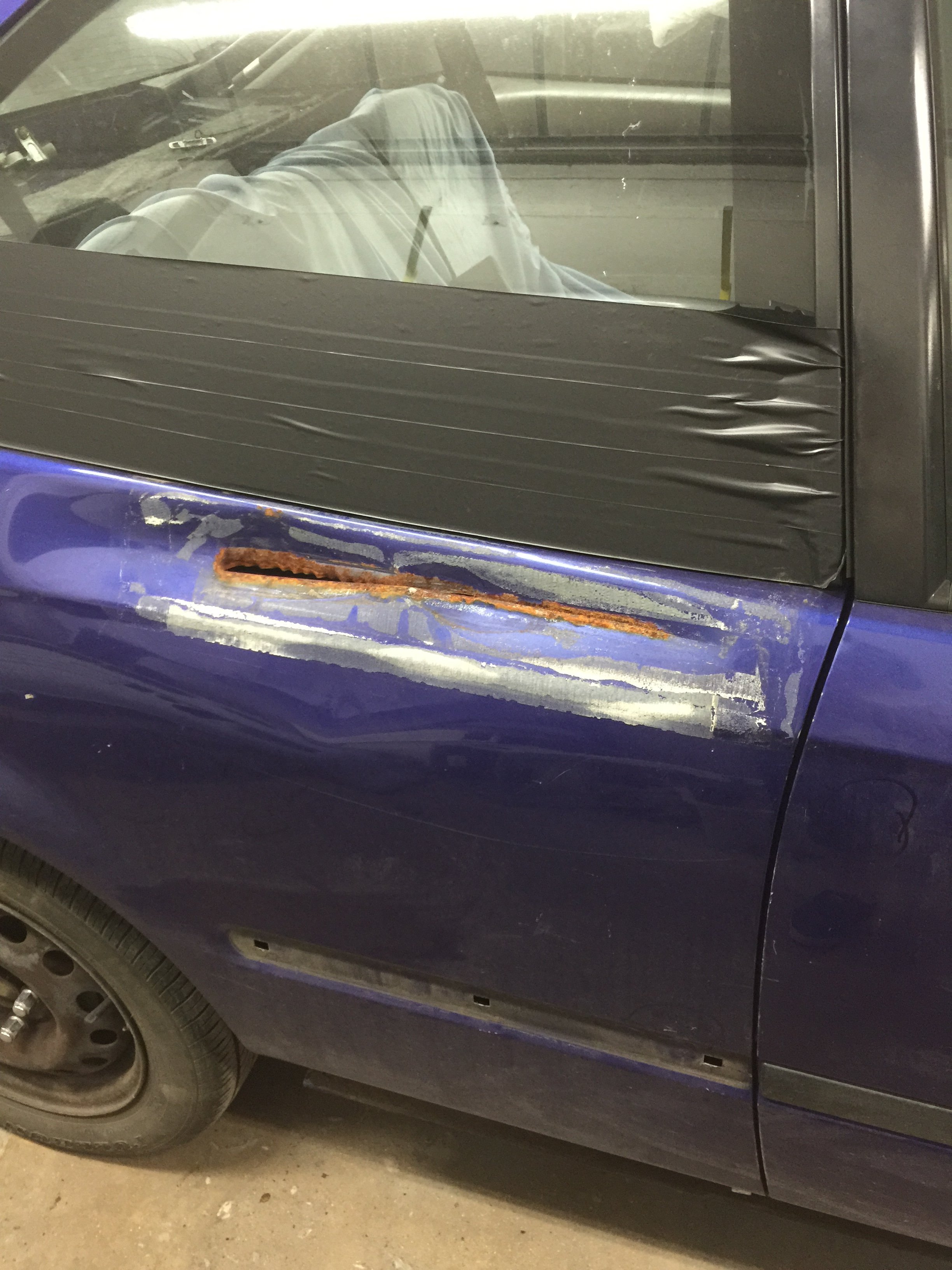 This is a gash/hole which the previous owner had caused, no one knows how but you can guess it was the edge of something possibly a trailer or lorry? Idk but... 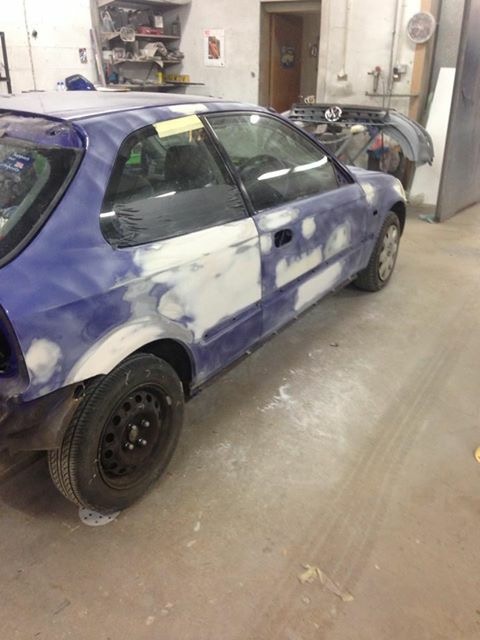 It is no more! Had all the rust cut out and dents smoothed off with fibreglass because there was so many it would've taken a lifetime! The front and rear bumper mouldings were also filled to make it nice and smooth while it was at the shop. 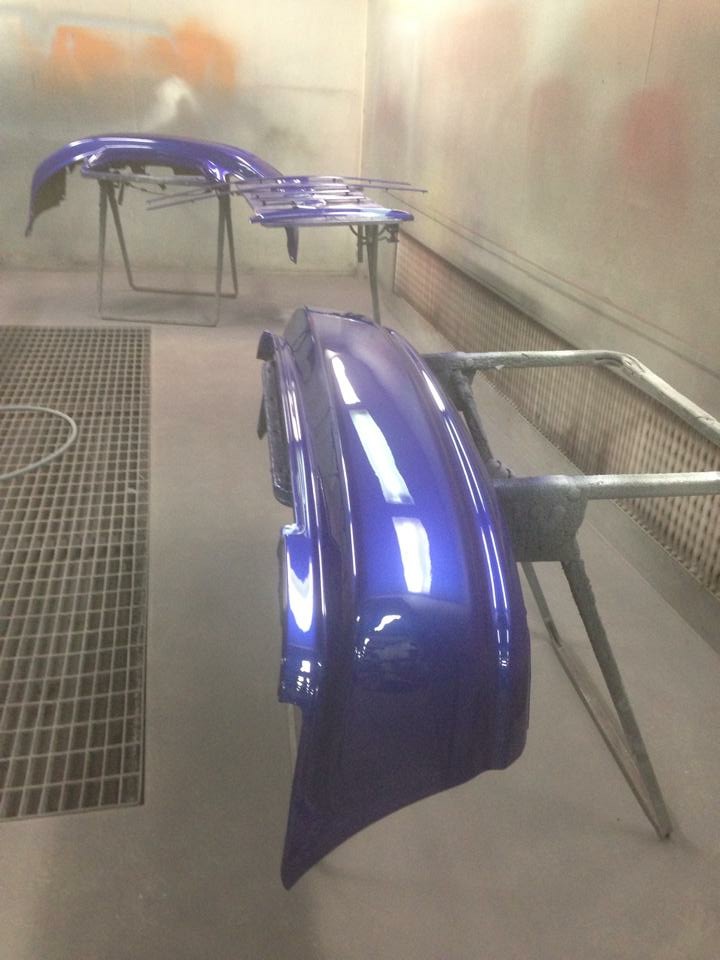 The teaser I was sent the week before I got it back... Supersonic blue never looked so good in my opinion 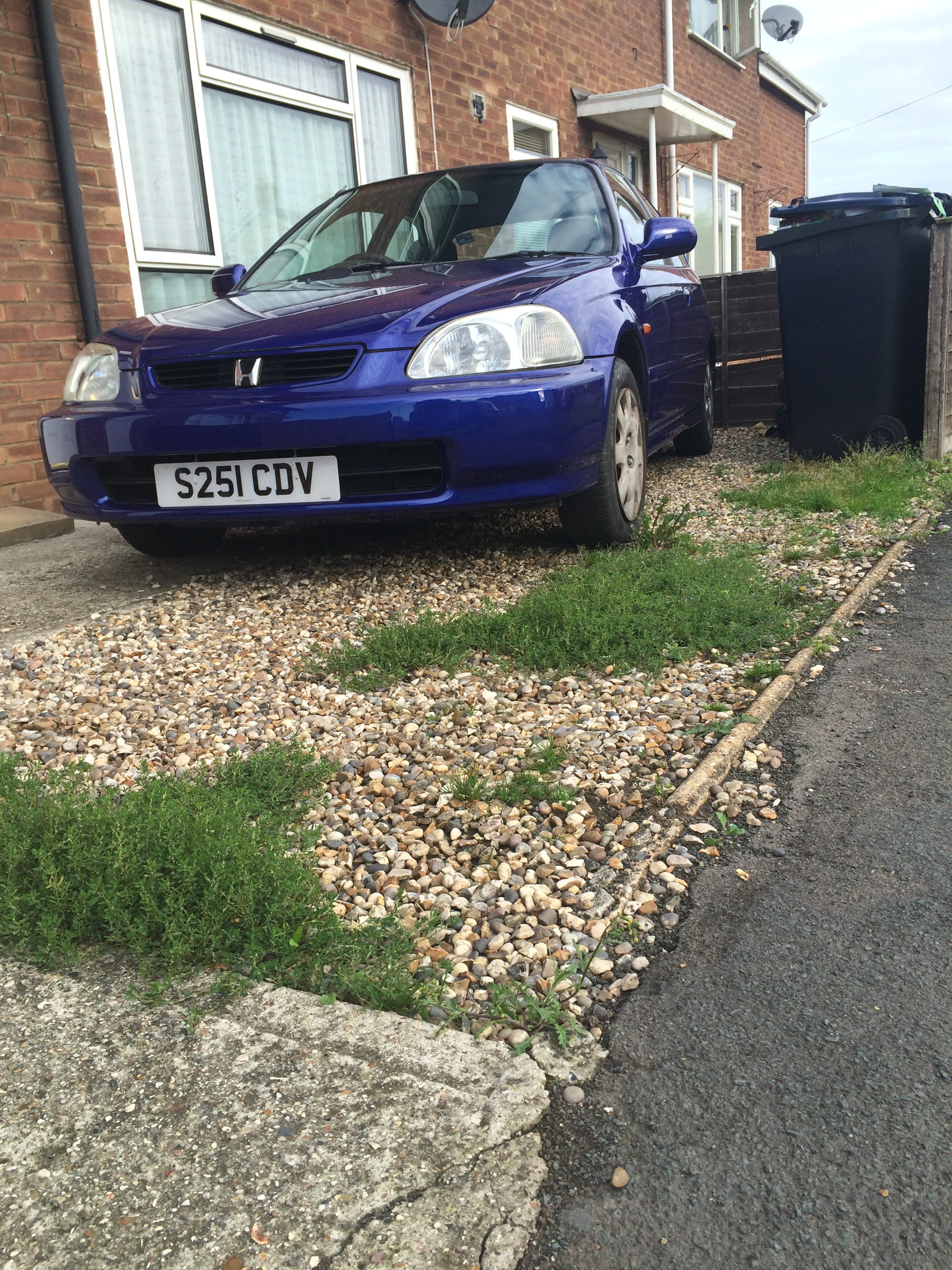 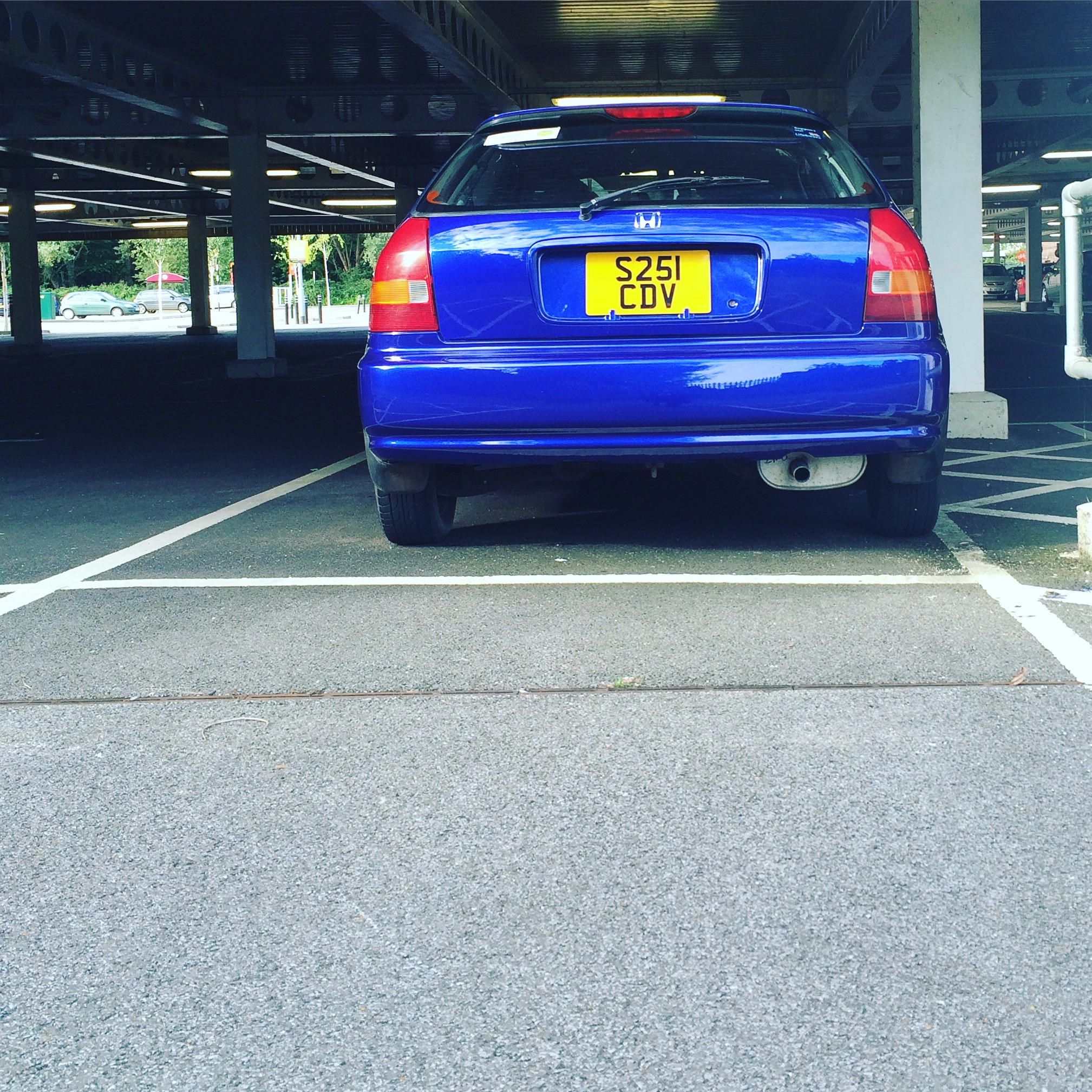 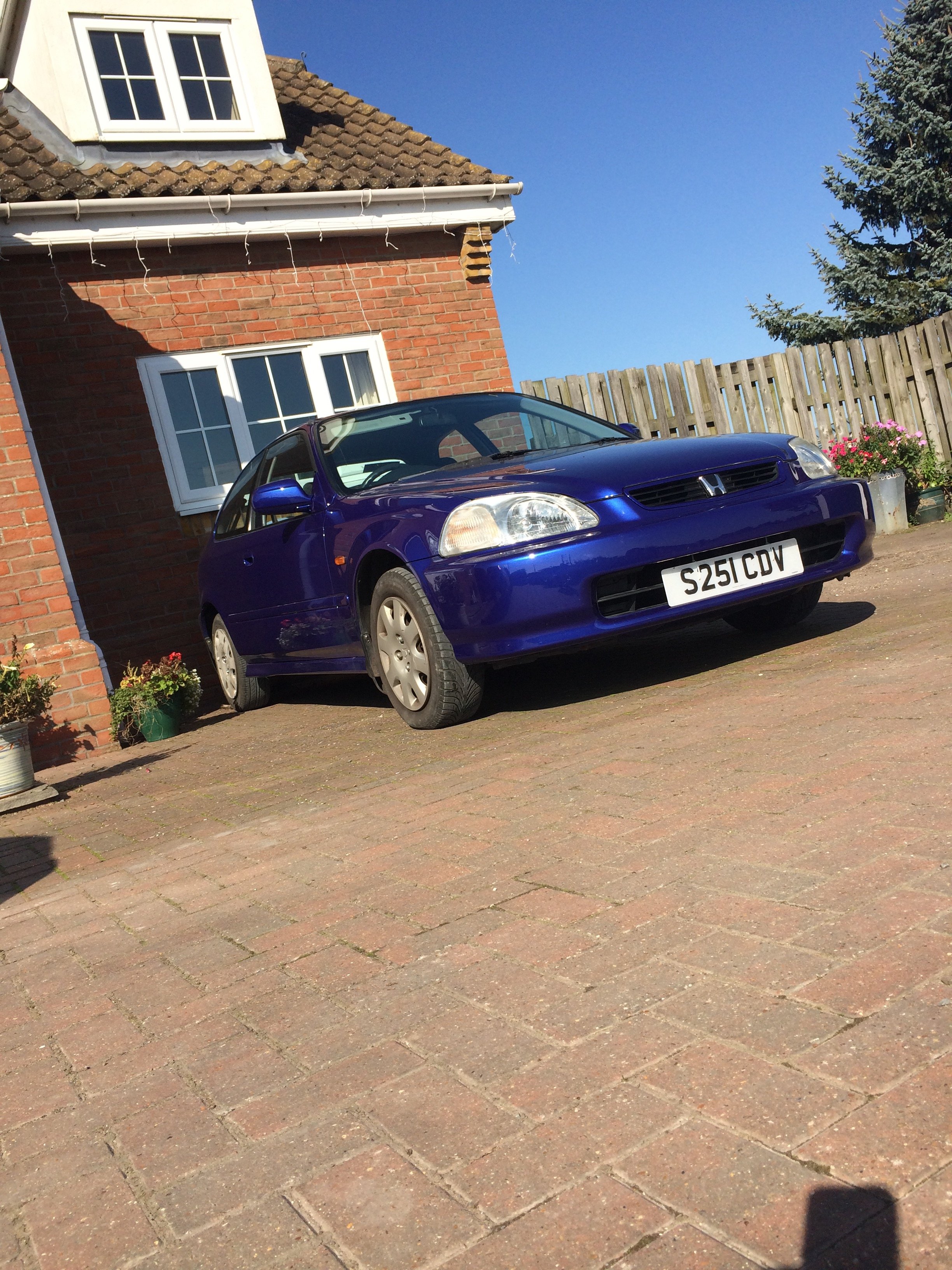 A few pictures from the nice sunny week that I got the civic back, at that time it was still stock apart from some Genuine ITR rear seats, Genuine EK9 pfl tails and usdm sidelights. 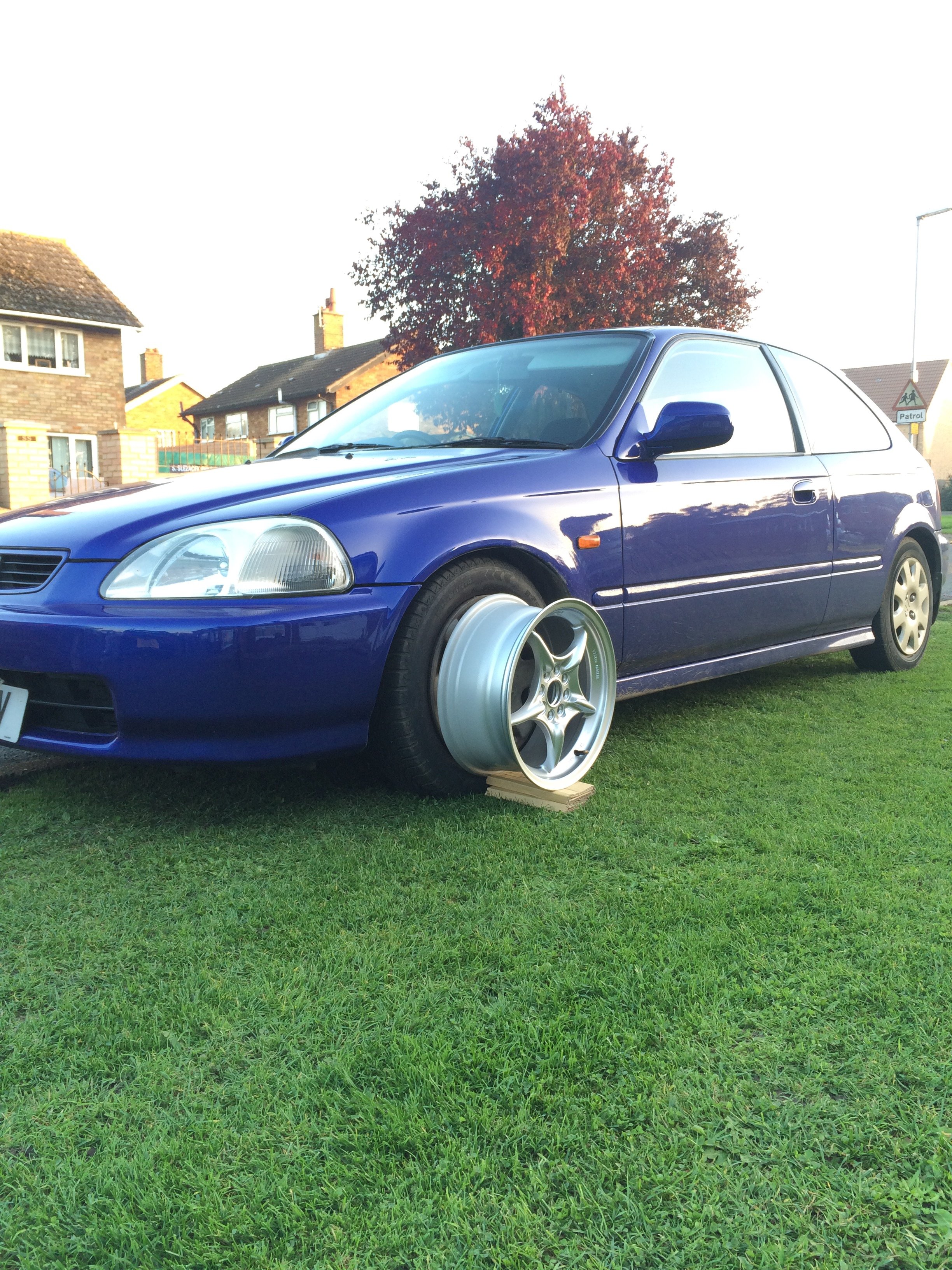 Quick snap of how it sits on some Meister R coilovers and I decided to put my genuine 15" Mugen RNR's next to the civic just to see how they look (wheels bought from Mussy who's a member on here quality guy quality stuff too)... I like it a lot just need some rubber on them

That's pretty much it at the moment I'm going for all black interior as well, got an ek4 black dash in, have ek9 door cards on the way, also have black armrest, a ctr rear lip and grille coming may have forgotten some bits but will post as I get them fitted.

Well done on the save! You've given the car a new ,and better lease of life ! Painter done great job ,and hope you keep us updated

Leej8 said:
Well done on the save! You've given the car a new ,and better lease of life ! Painter done great job ,and hope you keep us updated
Click to expand...

Cheers mate, structually and mechanically the car is sound and now the bodywork is basically sorted I'm so glad I saved it! I will definitely keep you all updated

A car always feels more personal when you save or build it your self, and gives you a nice feeling when driving it ,but it never ends lol !
Best of luck pal

Leej8 said:
A car always feels more personal when you save or build it your self, and gives you a nice feeling when driving it ,but it never ends lol !
Best of luck pal
Click to expand...

Im already pretty attached to it and I'm nowhere near finished but as you said it never ends! I've realised that already and thanks buddy

nice mods! whack it all in over the weeekend and post some more pictures! 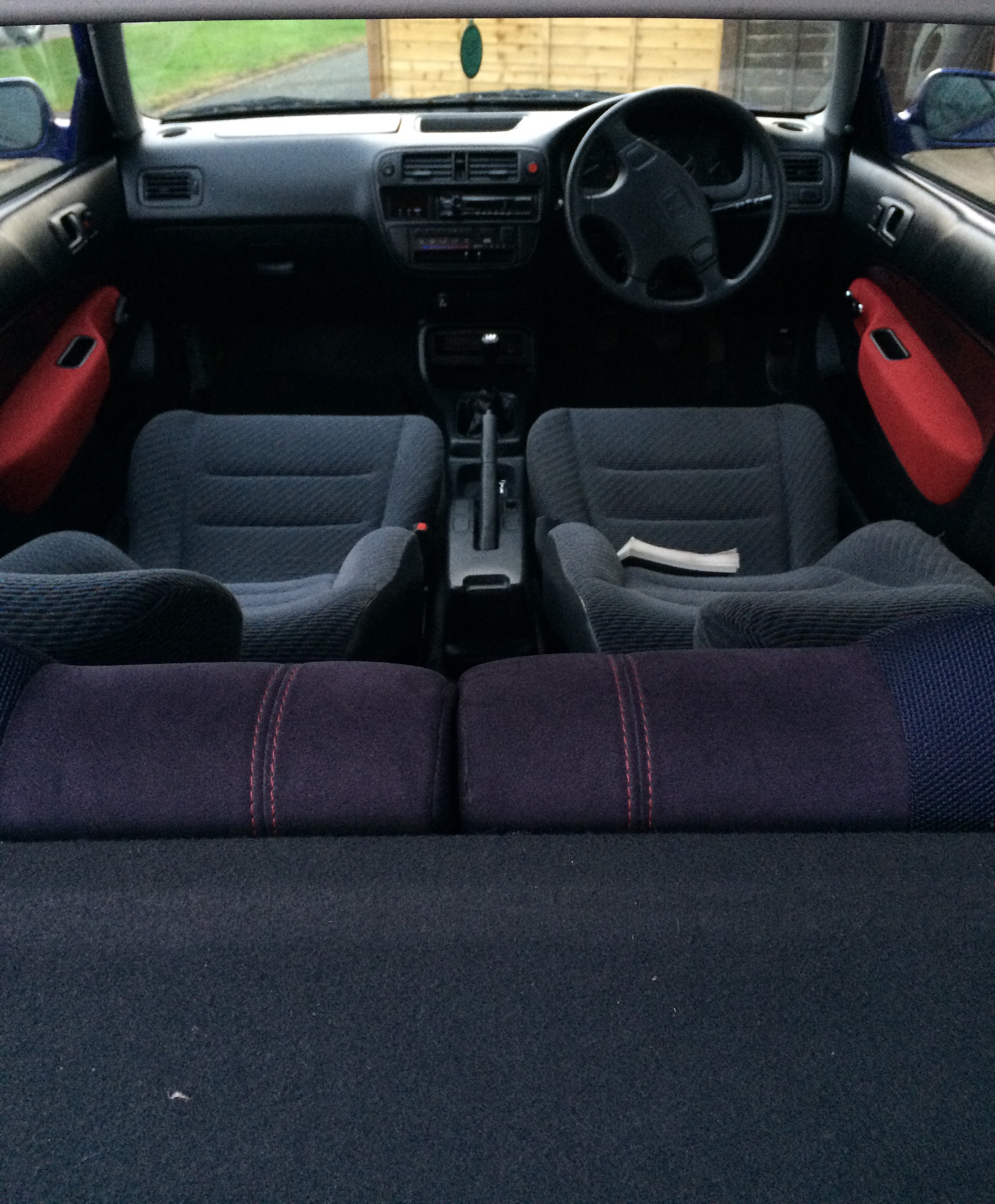 Got the door cards in, this is currently the state of the interior just need a steering wheel, boss etc. Black recaros and various bits of black trim

I'll be removing the carpet along with sound deadening and getting the floor painted, because why not

So... It's been a while since the last update but, got some Fanblades for winter wheels (they're purple but I'm just going with it for now haha) 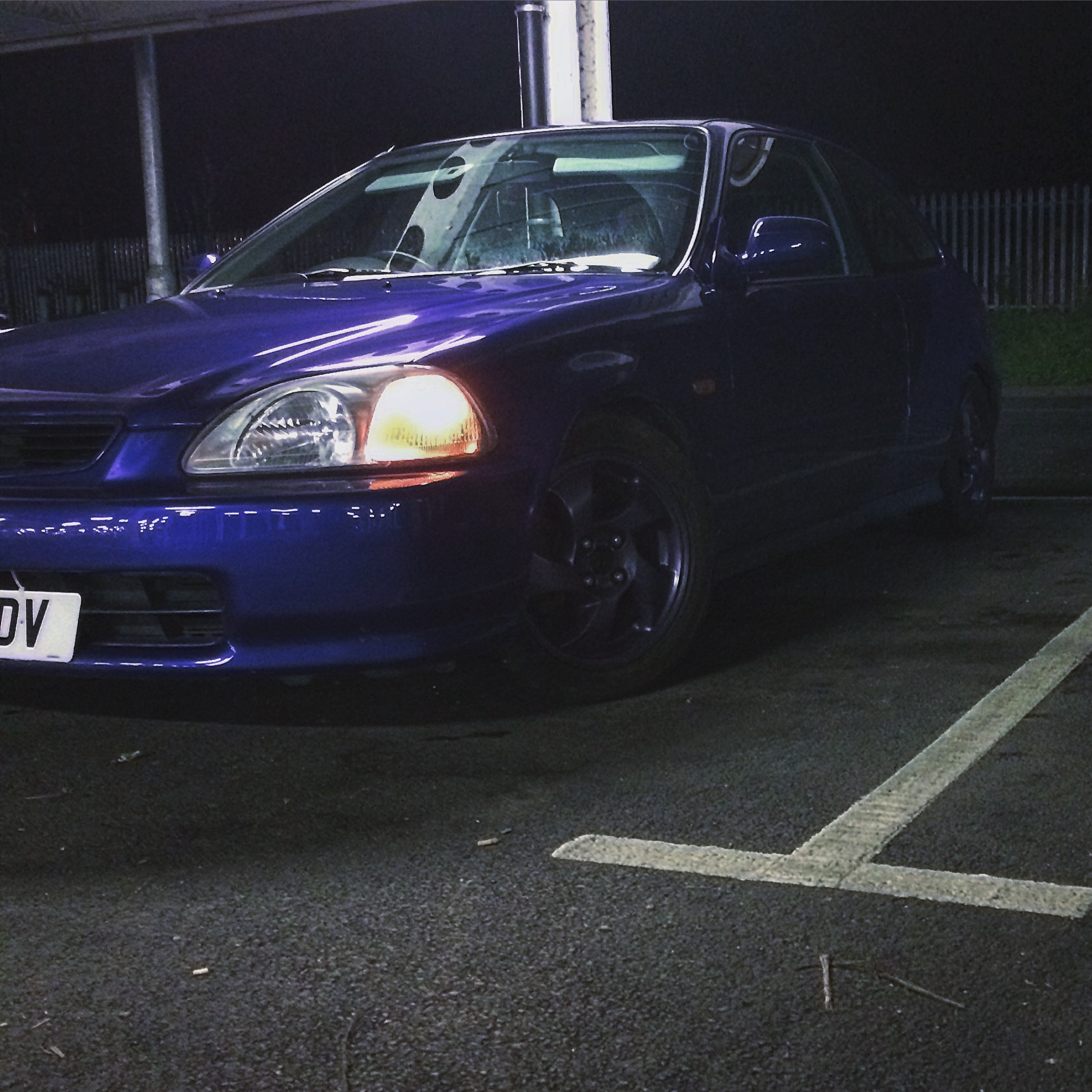 Have some other bits, will install them before I post them up though

Looks cool man. Keep it up!

You've given life to this beauty and am craving for more mate, keep them coming!

Wow that was destined for the scrap heap wasn't it!
Good job on the restoration!
So when's the loud exhaust and tyre paint coming?

Good work, I bought my 1st Honda when I was 18 and it was a supersonic blue EK too... great 1st car

Ajza-k said:
You've given life to this beauty and am craving for more mate, keep them coming!
Click to expand...

Cheers got a lot to do but not enough time haha!

jesse888 said:
Wow that was destined for the scrap heap wasn't it!
Good job on the restoration!
So when's the loud exhaust and tyre paint coming?
Click to expand...

Thanks mate, it definitely was! And I'm looking at putting a b18c in so when that happens I'll go loud

So, got a couple of bits done the other day

Some Very clean DC5 Recaros, passengers on an OEM EK9 rail and the drivers on a Gen 2 Spoon Super Low rail! I personally love how low they sit, much better feel for the pedals in my opinion. 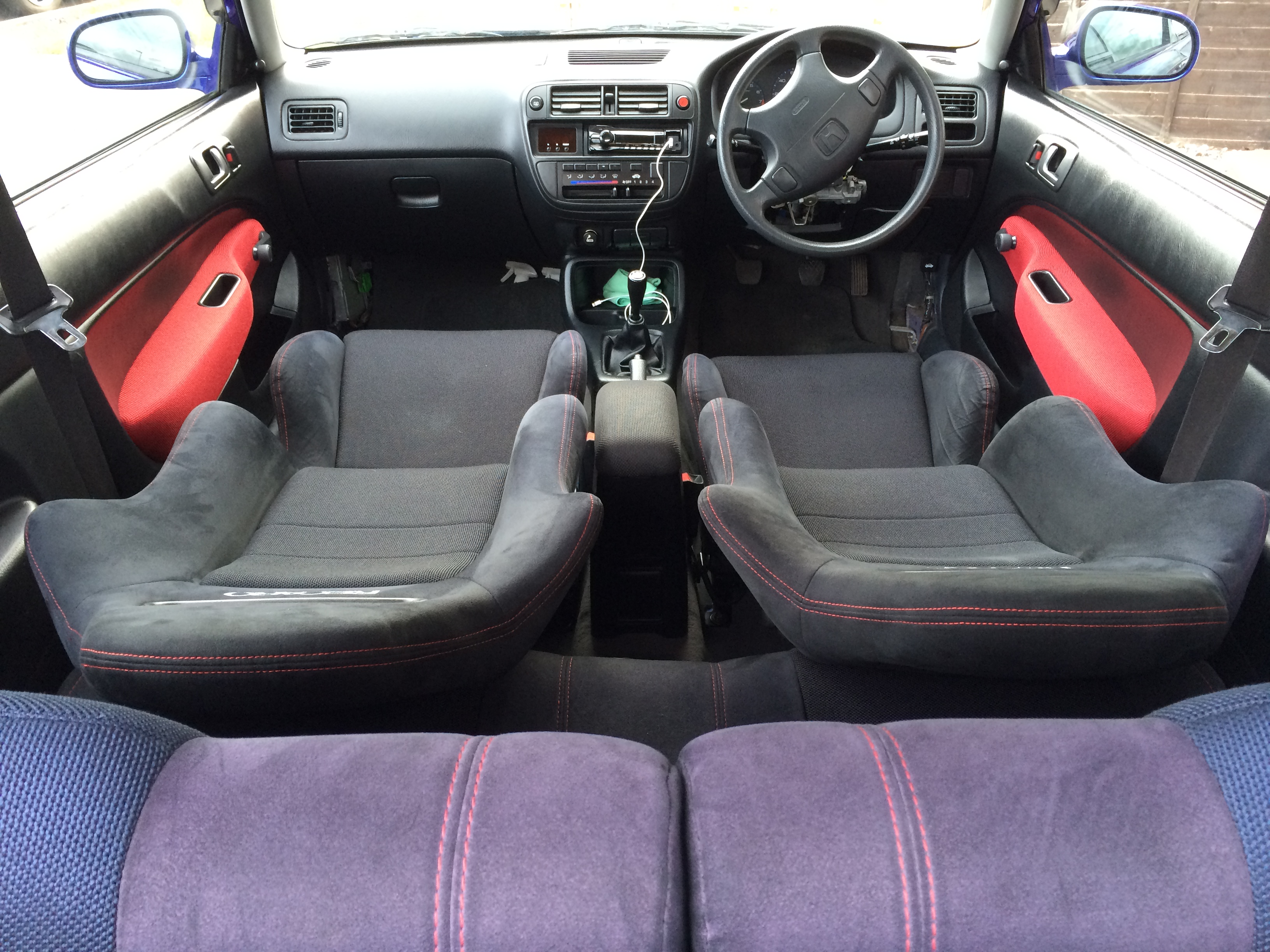 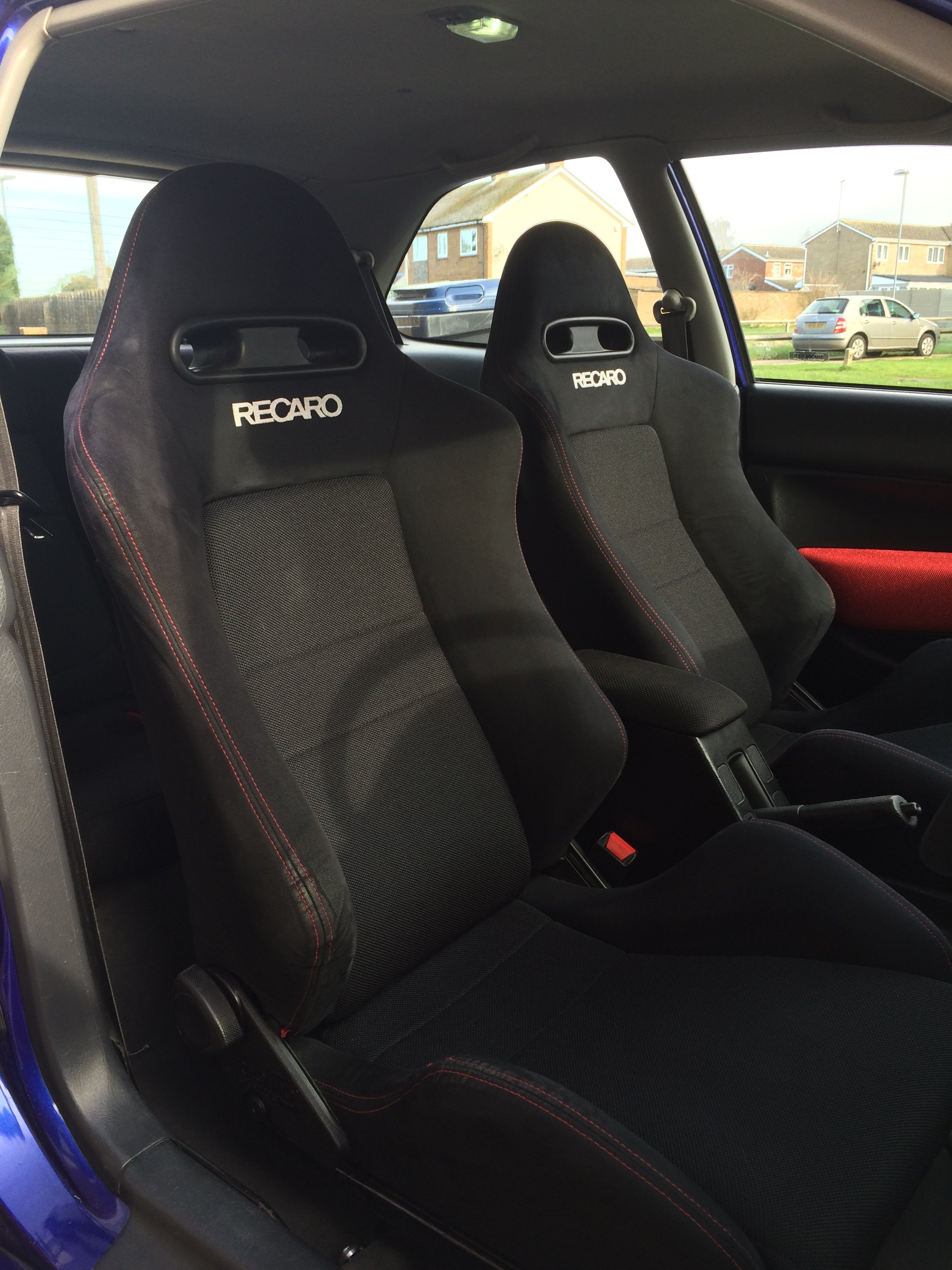 Also have an EK4 armrest I don't think I had in the last time I posted. Might be able to see the ITR rear bench too.
And some OEM wind deflectors (no cheap copies here! 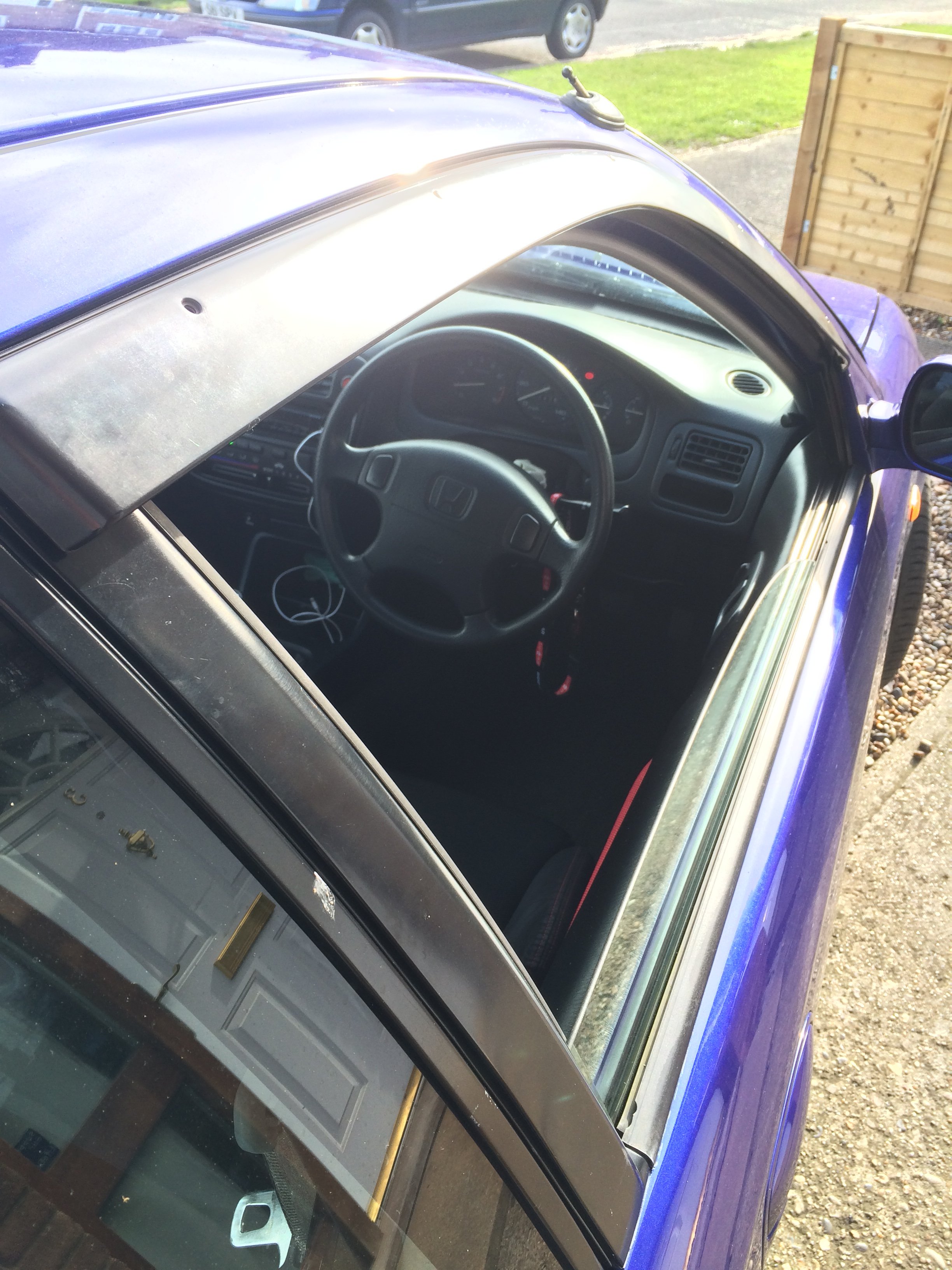 That's it for now next up is mainly visual mods still, missing black trim, steering wheel, type r lips etc. and to get my rear arches looking factory fresh

They do suit the interior quite well and makes a bit of a change, instead of the red EK9 Recaros I see most people going with