The plans are to keep it standard (famous last words) but tidy it up a little, starting with a good detail 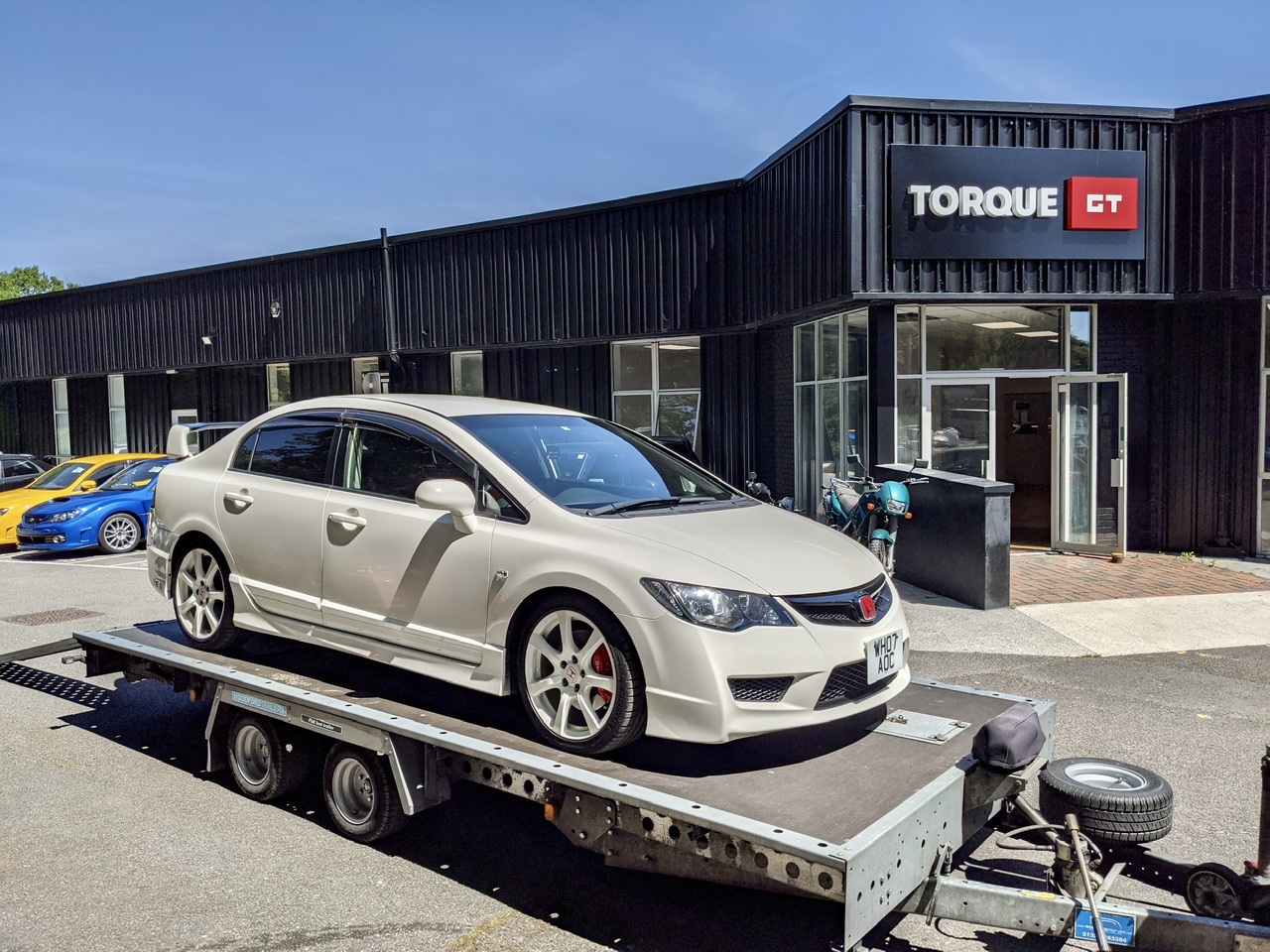 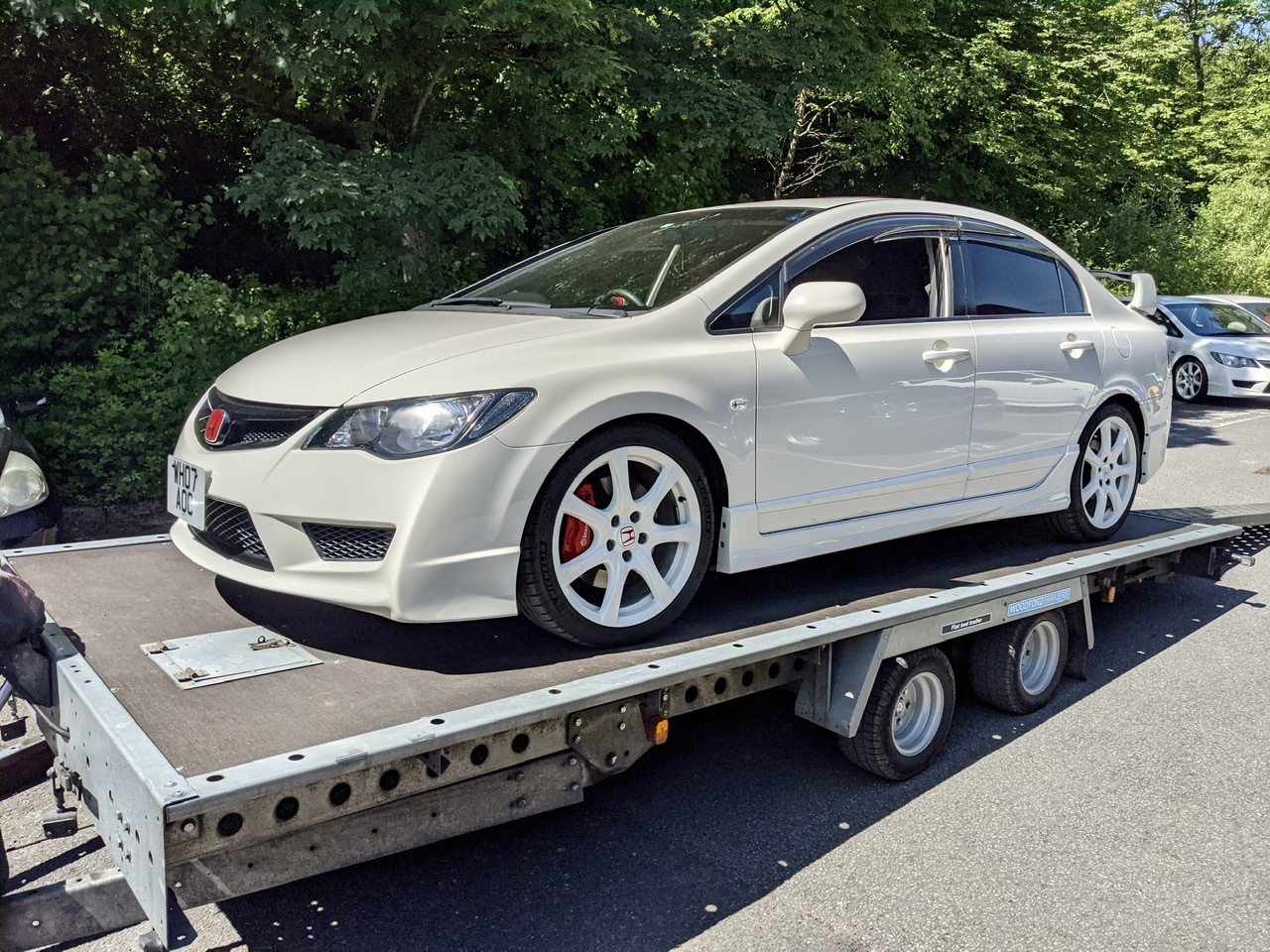 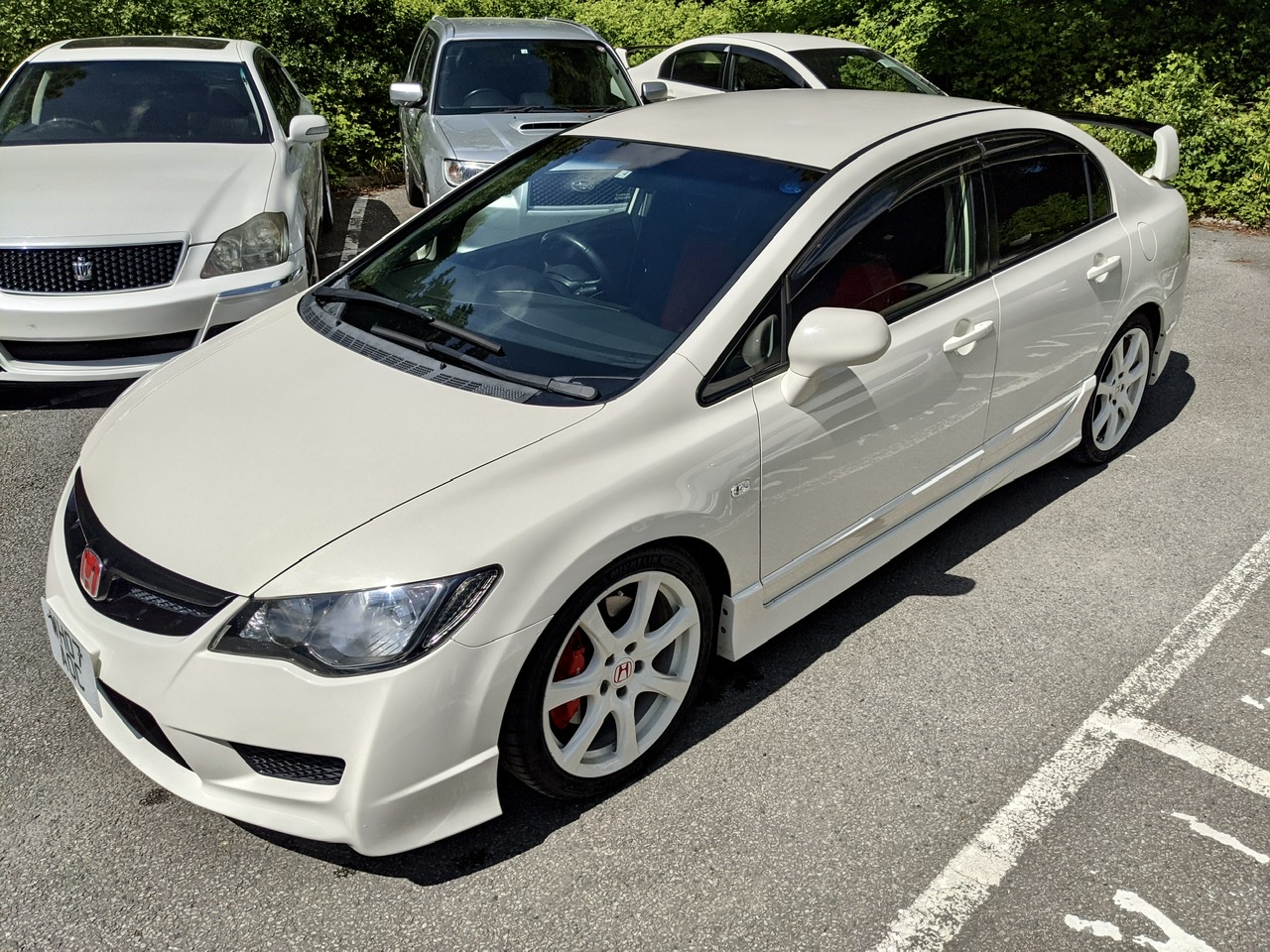 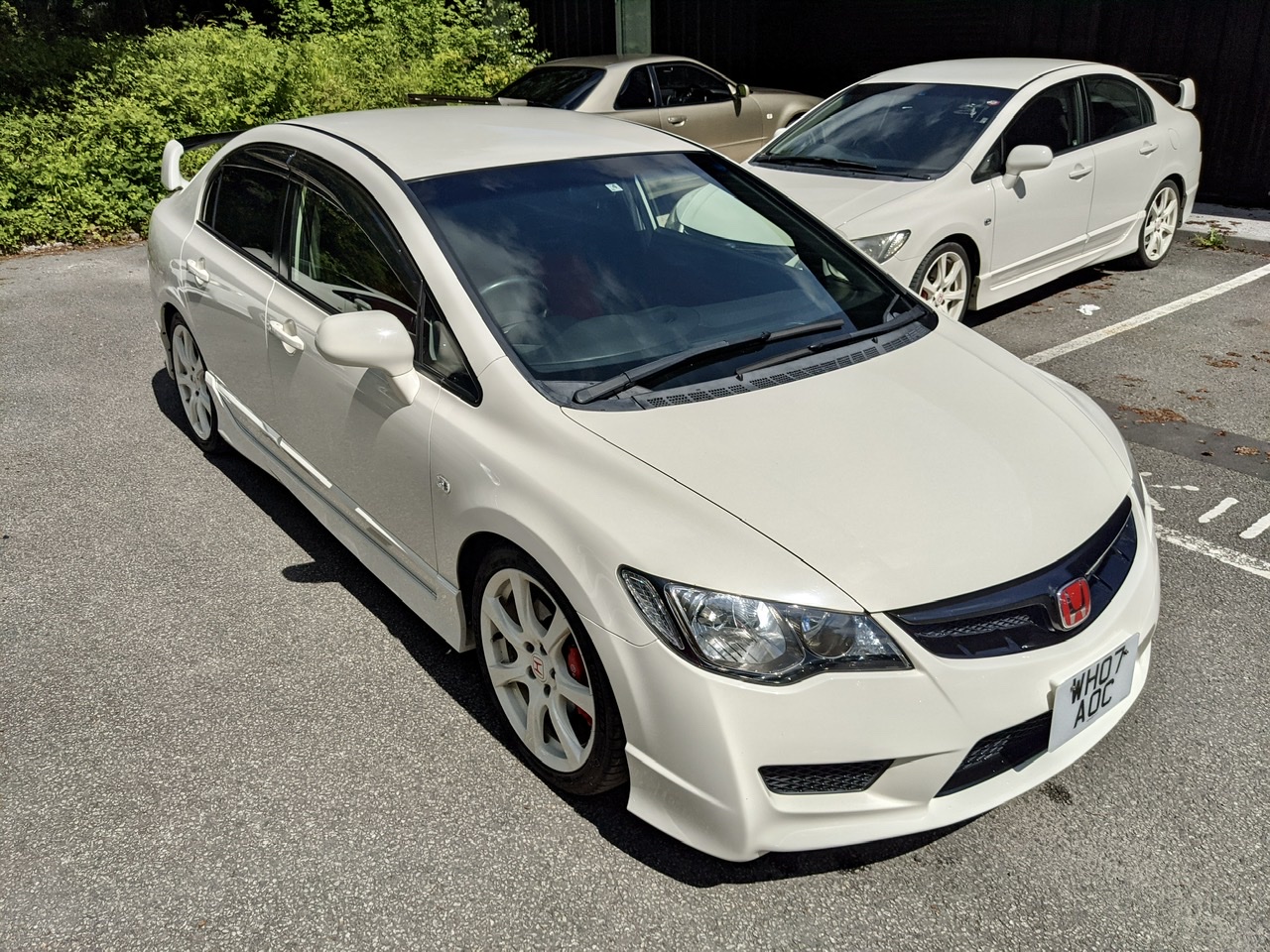 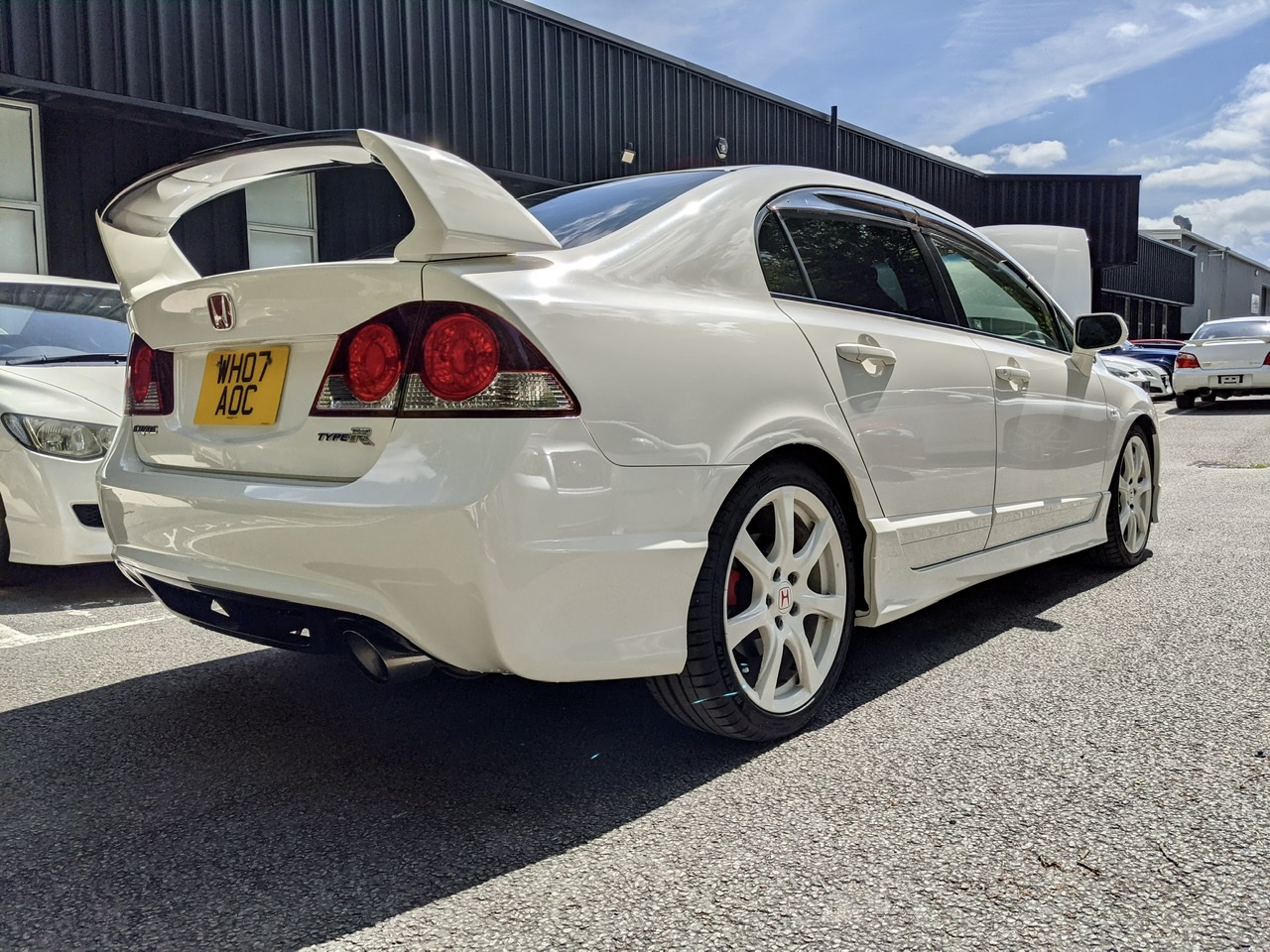 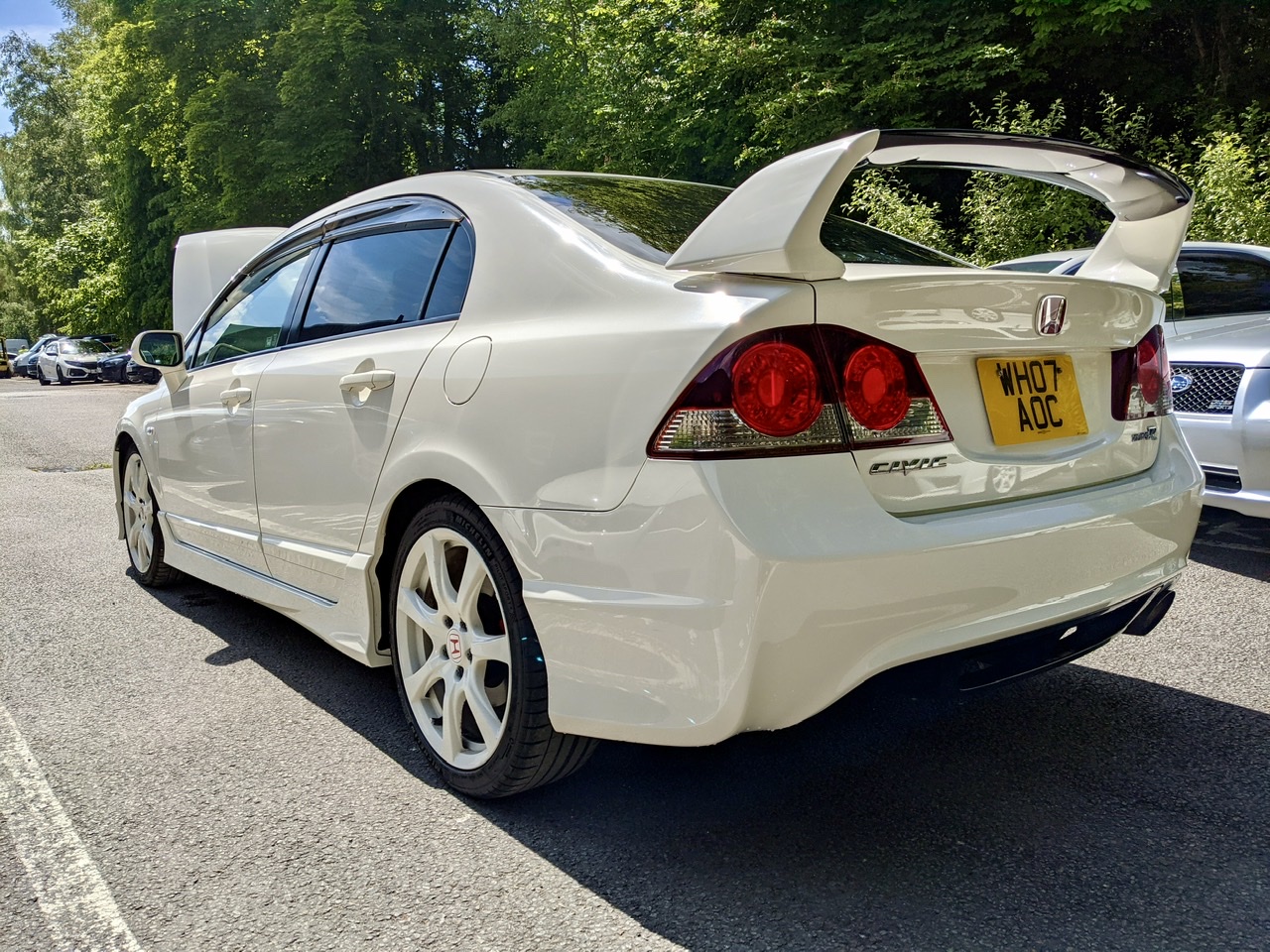 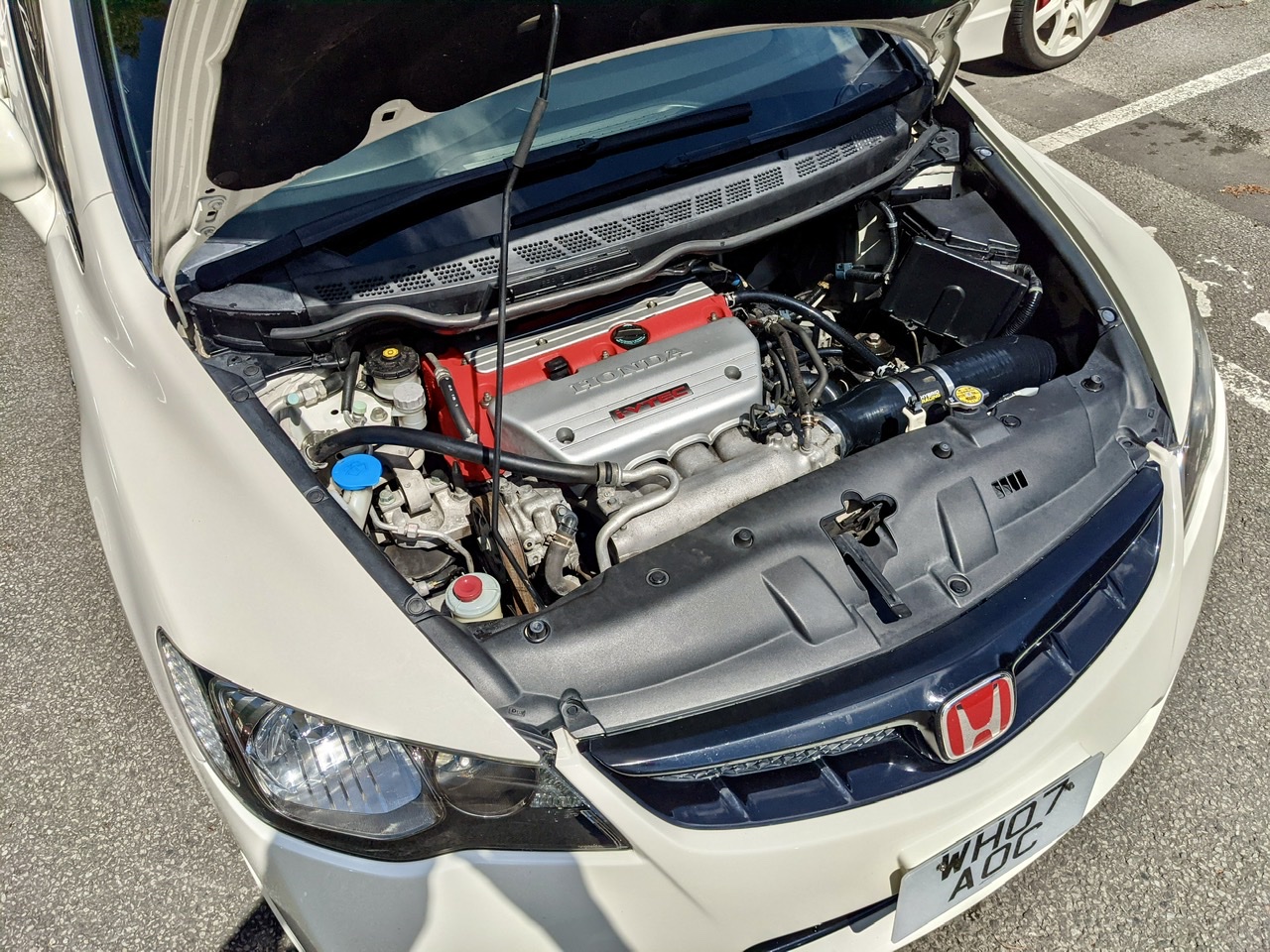 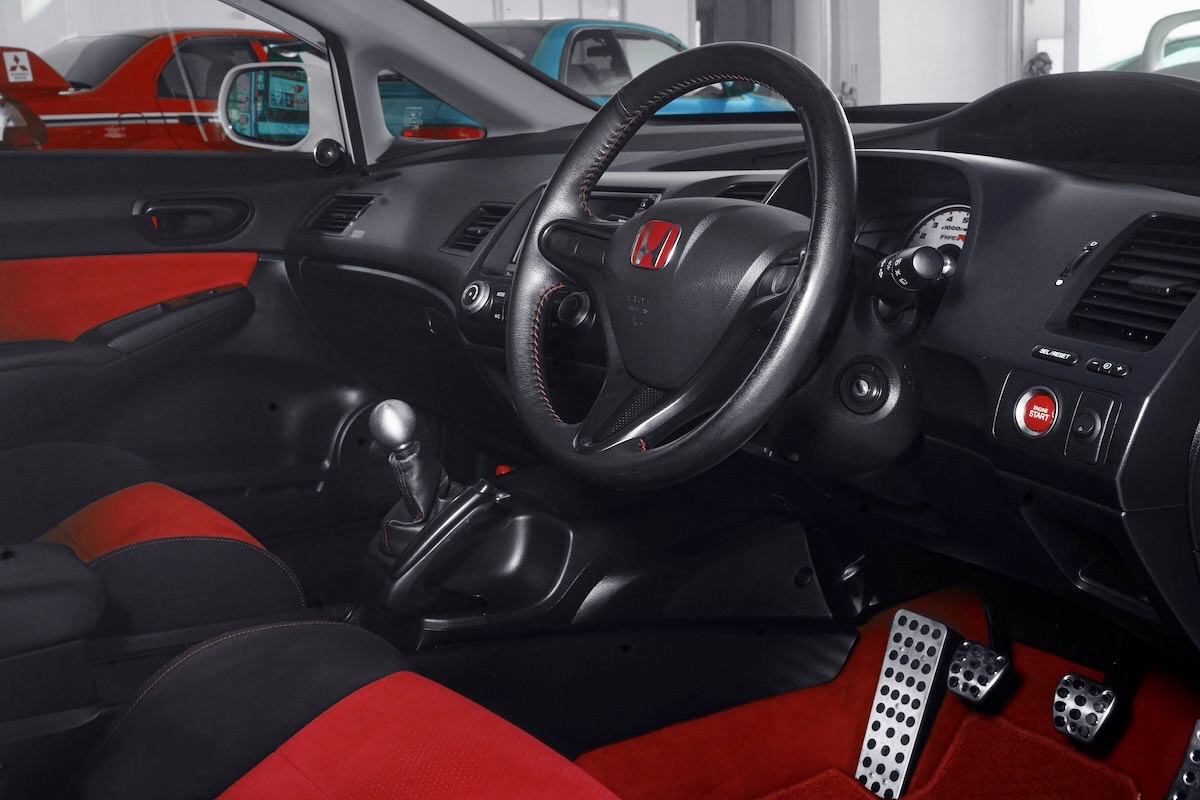 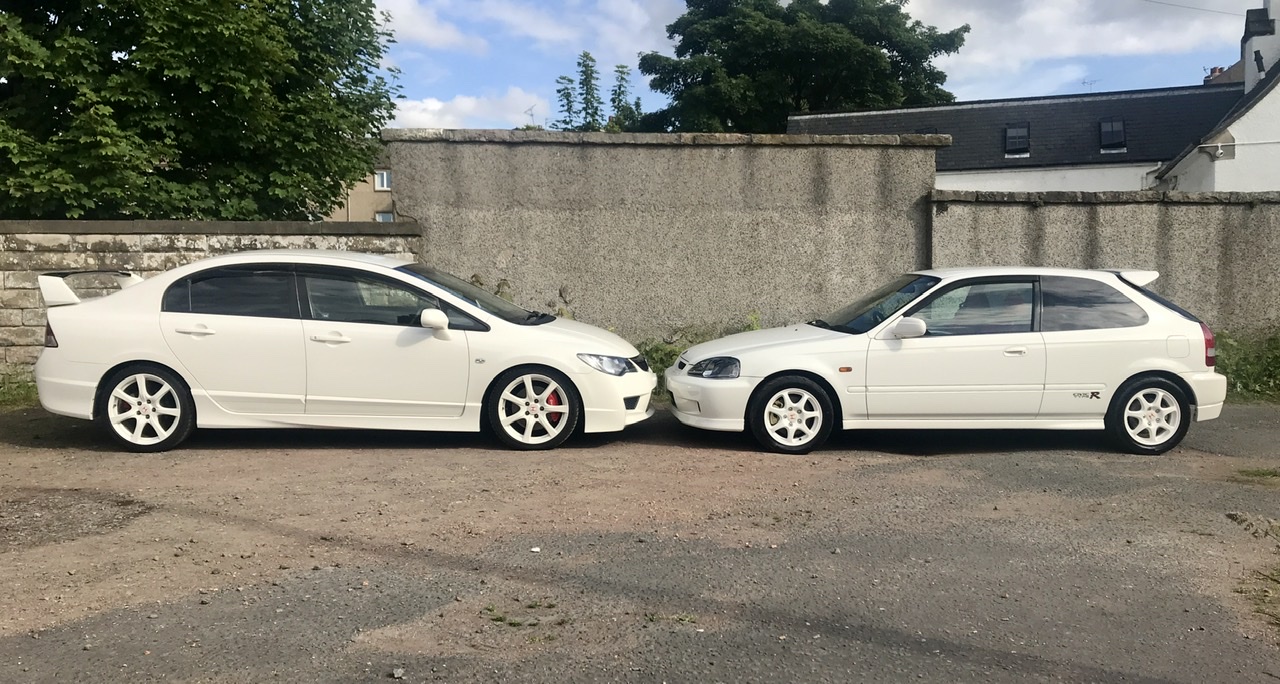 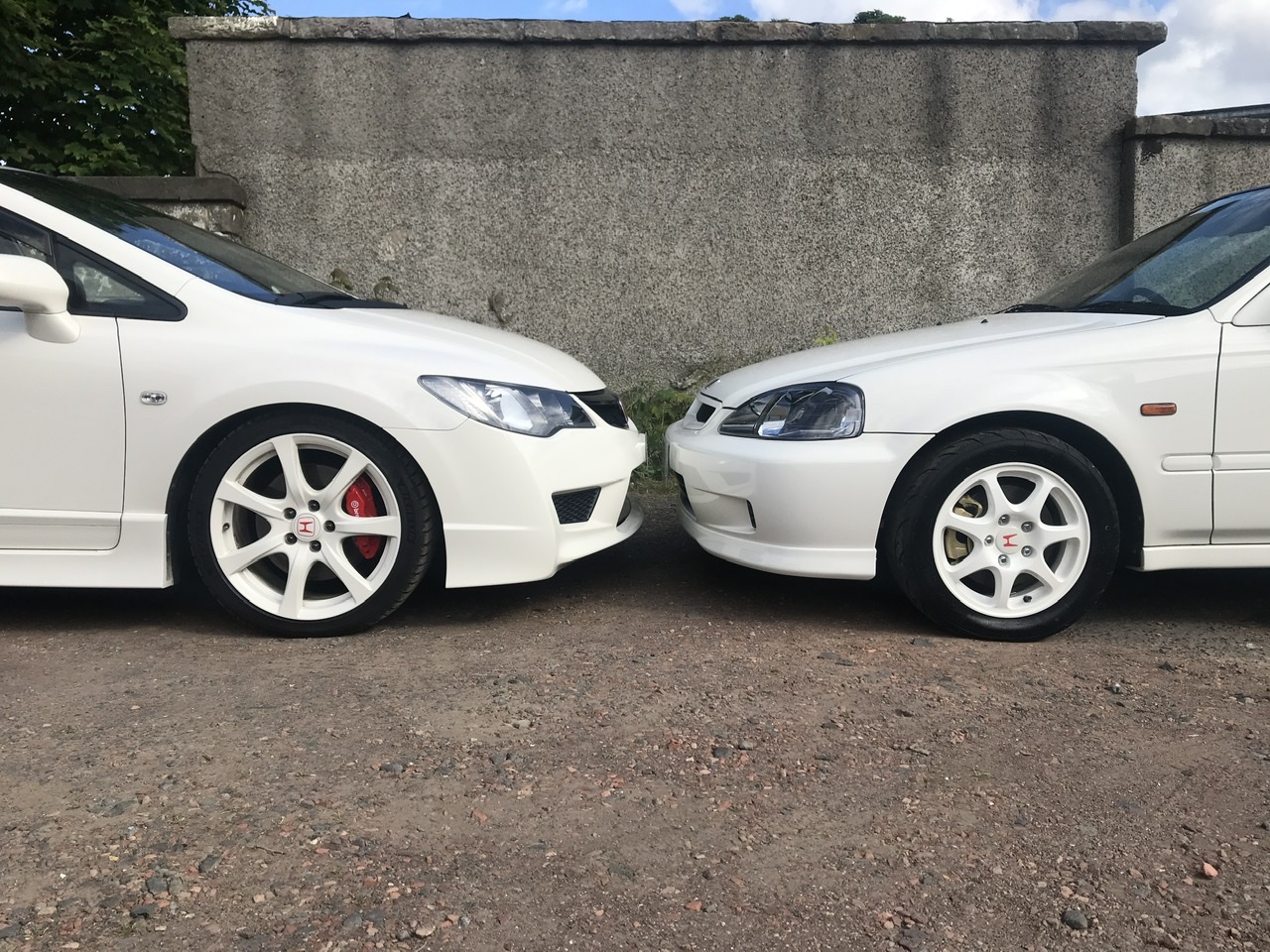 I saw they had that for sale on insta recently. Nice motor!

denward said:
I saw they had that for sale on insta recently. Nice motor!
Click to expand...

Thanks!.... Yes, it popped up just as I was saving to import one myself, exactly what I was looking for, has few extra miles on the clock but saved me over £3k from what I was quoted for a freshly imported example 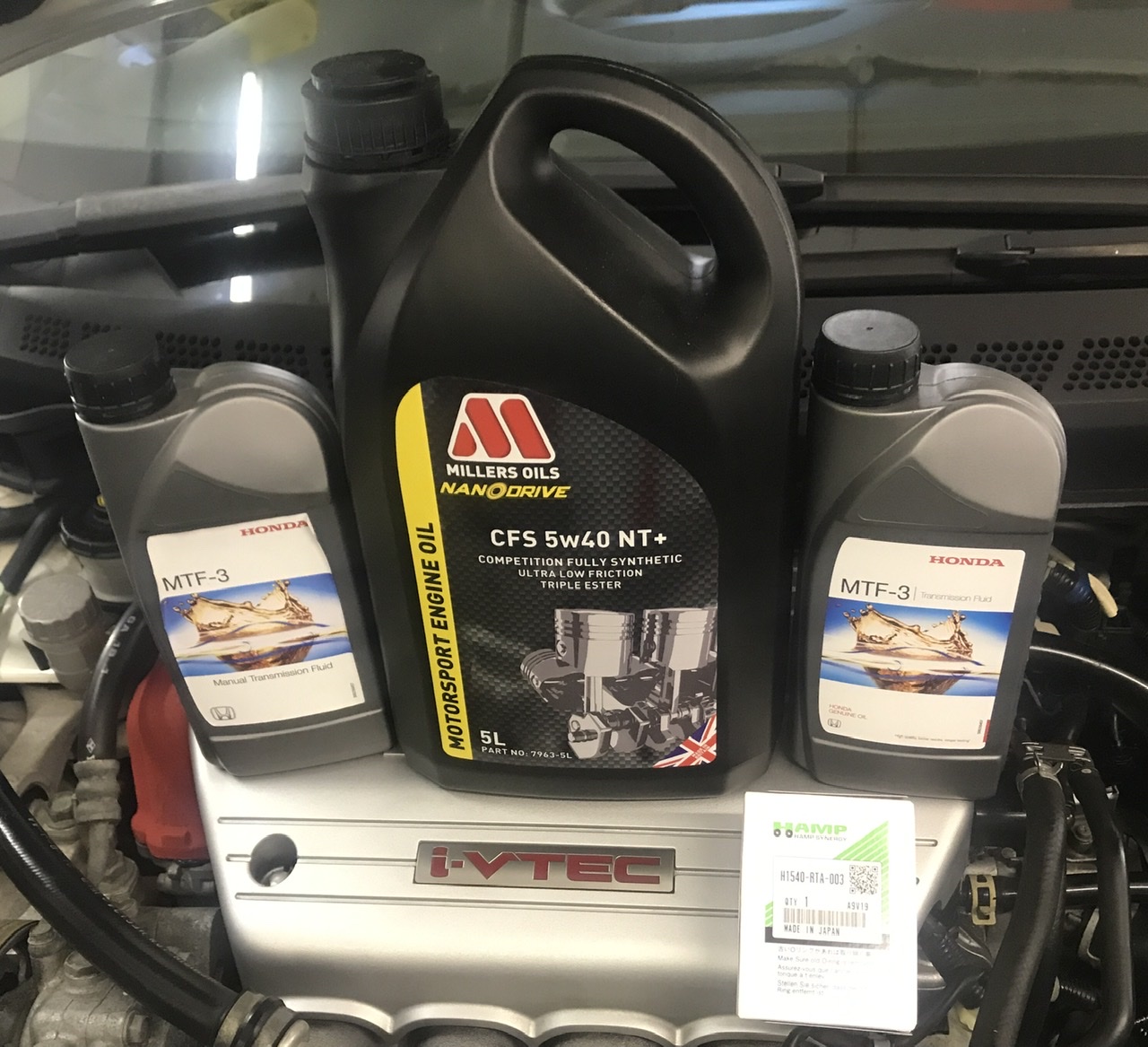 The clutch pedal was feeling horrible and making lots of creaking/squeeking noises
It had a new Honda OEM clutch fitted down at Grinspeed just before I bought the car so I was confident it wouldn't be that. Upon investigation it was clear that the noises were coming from the clutch hydraulics. After a quick search online I learnt that it's a pretty common fault with FD2's that the clutch master cylinder fails early.
So I decided to change the whole system
New master and slave cylinder with a new braided line 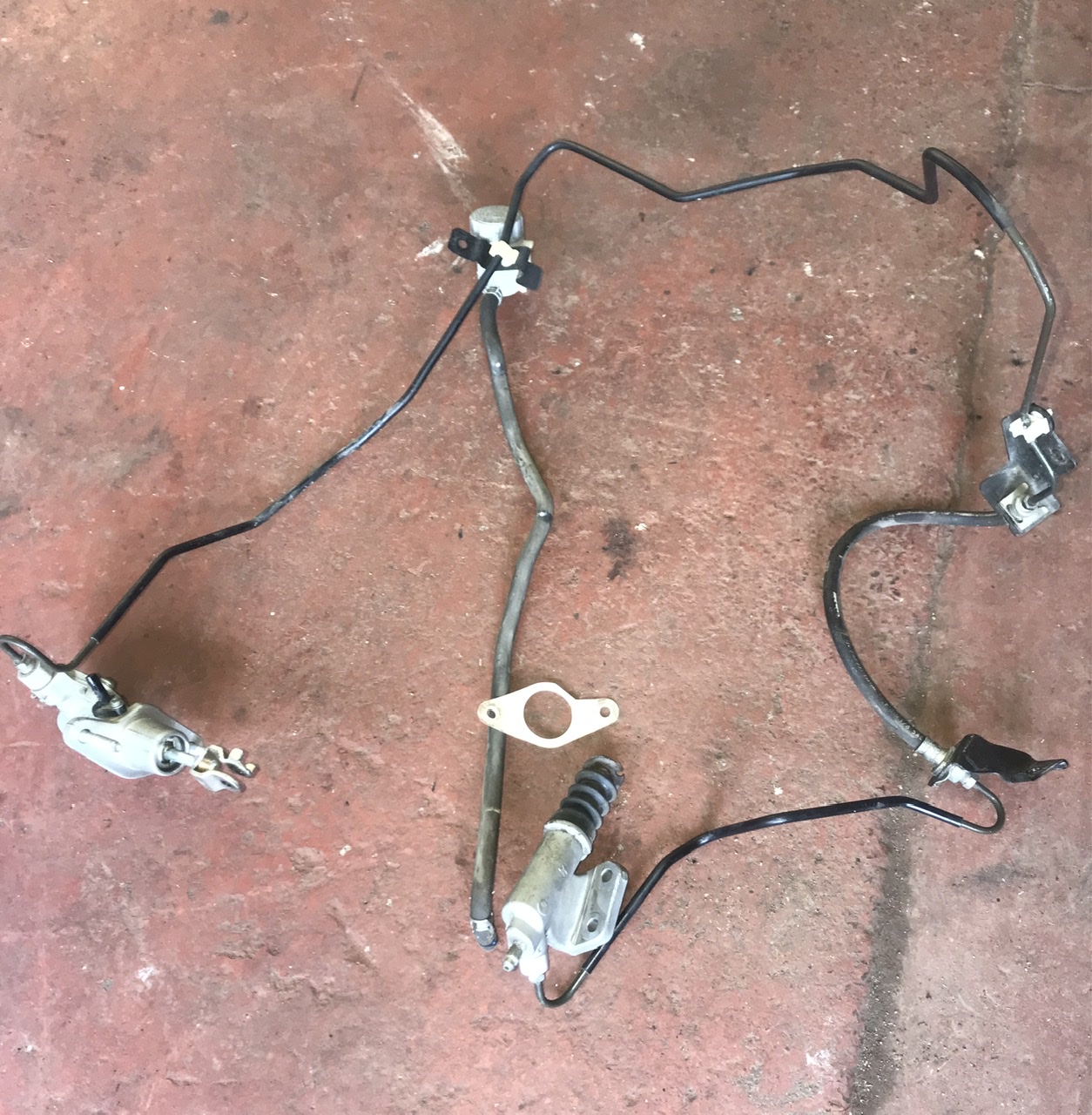 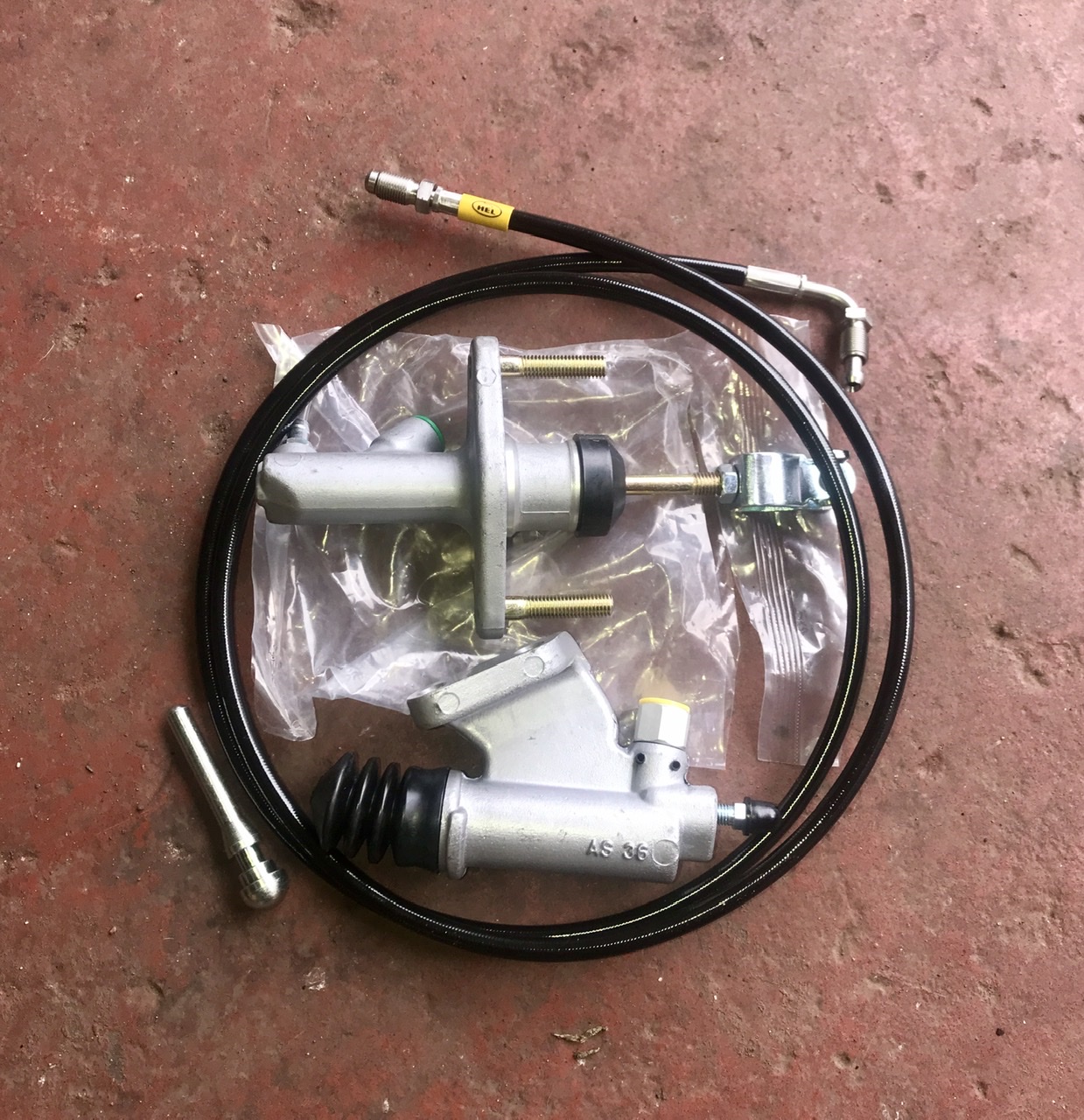 The drip tray was looking a bit worse for wear, I couldn't put it back on in that state so I spent a bit time wire brushing the rust off, gave it a couple of coats of black VHT and now it's looking almost OEM again 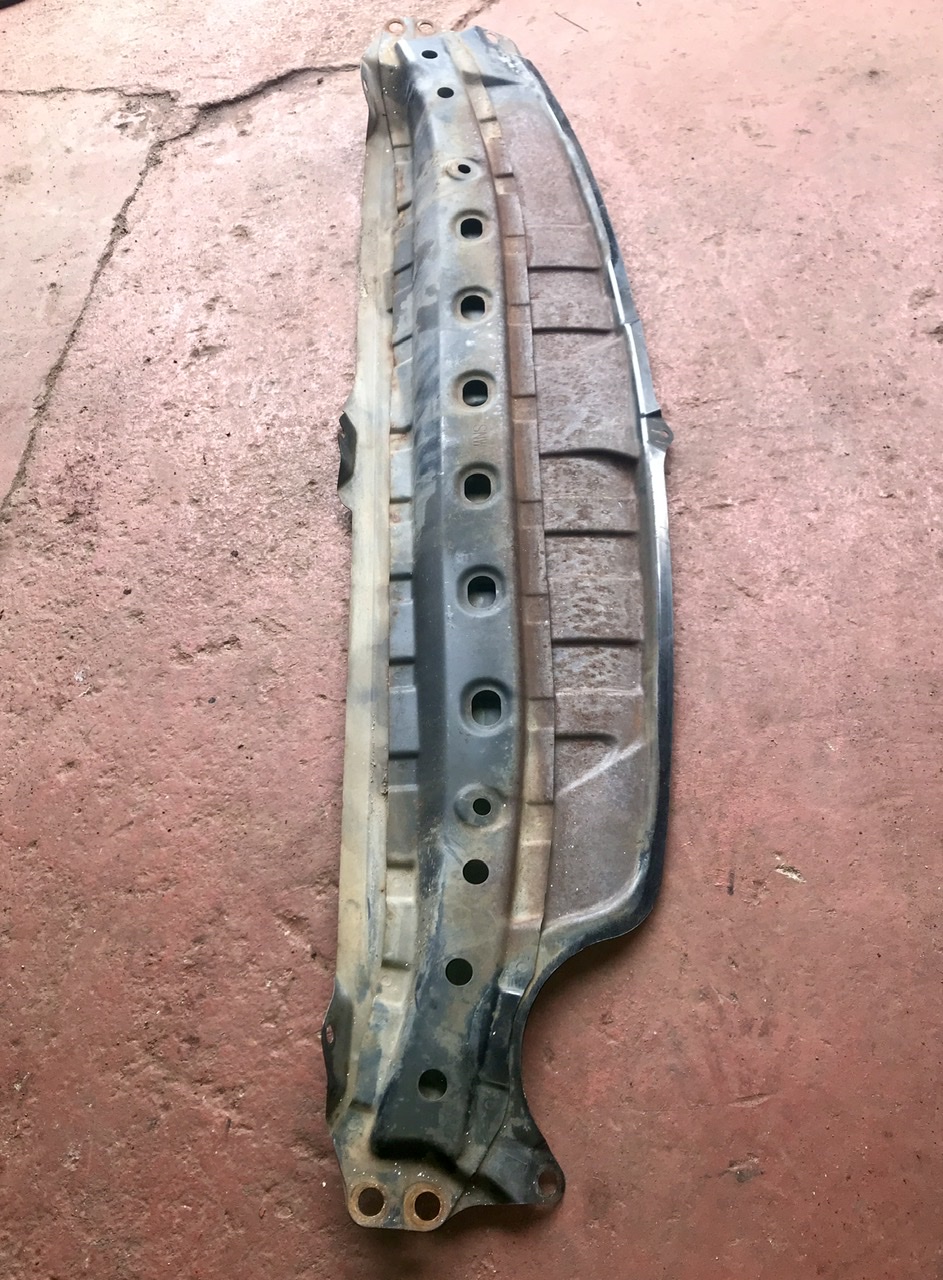 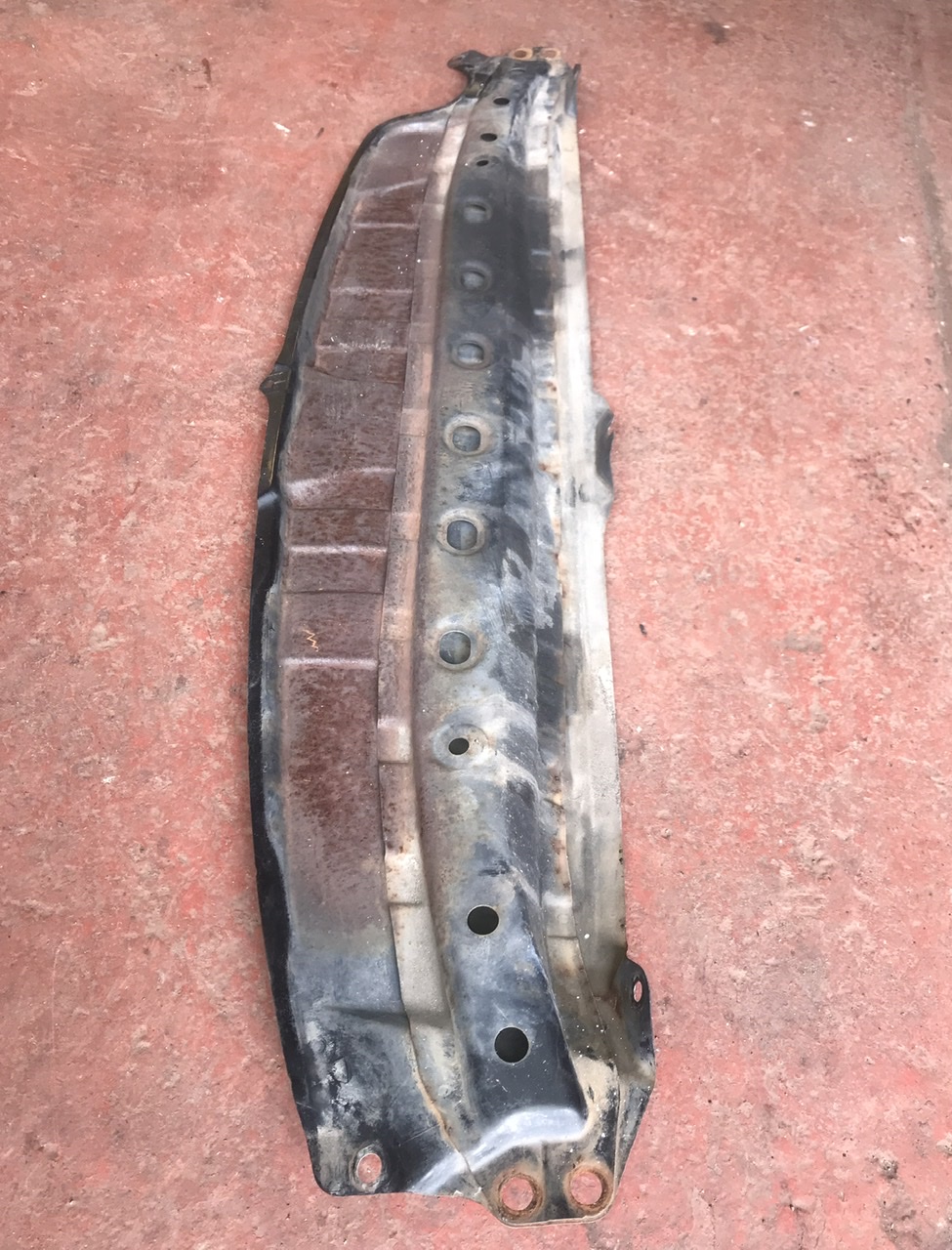 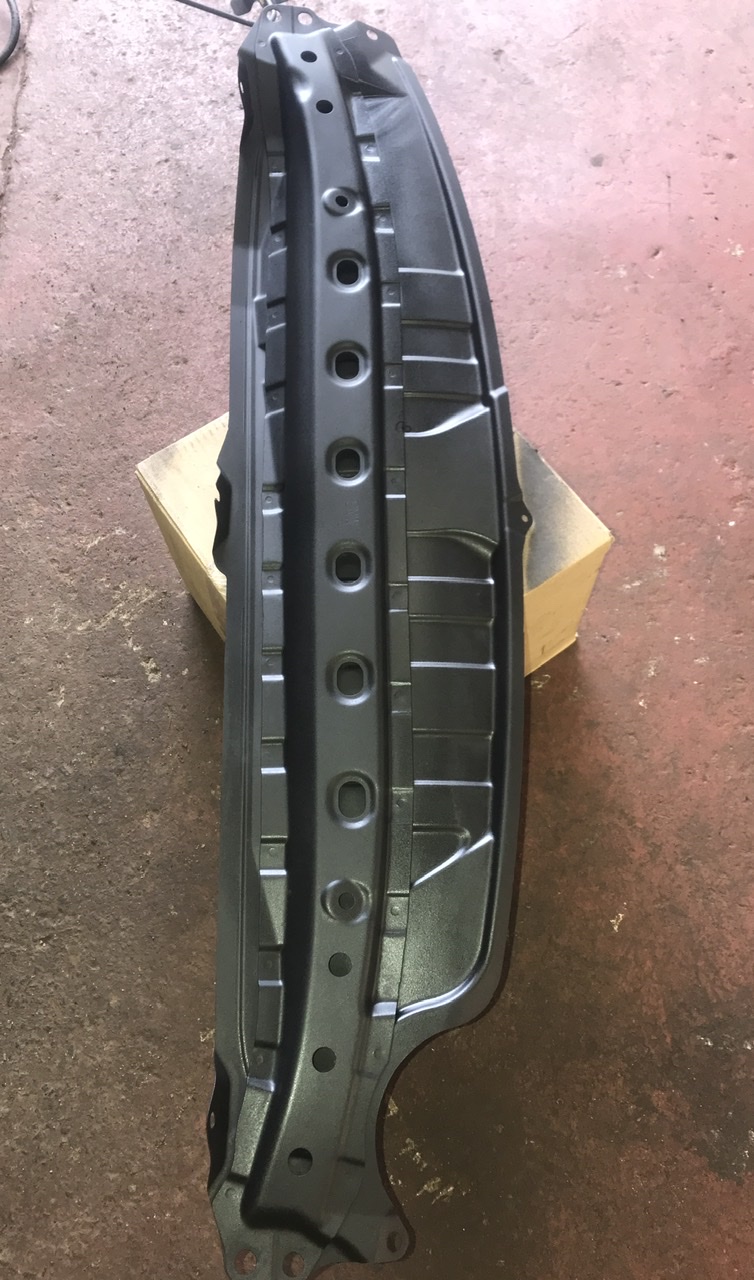 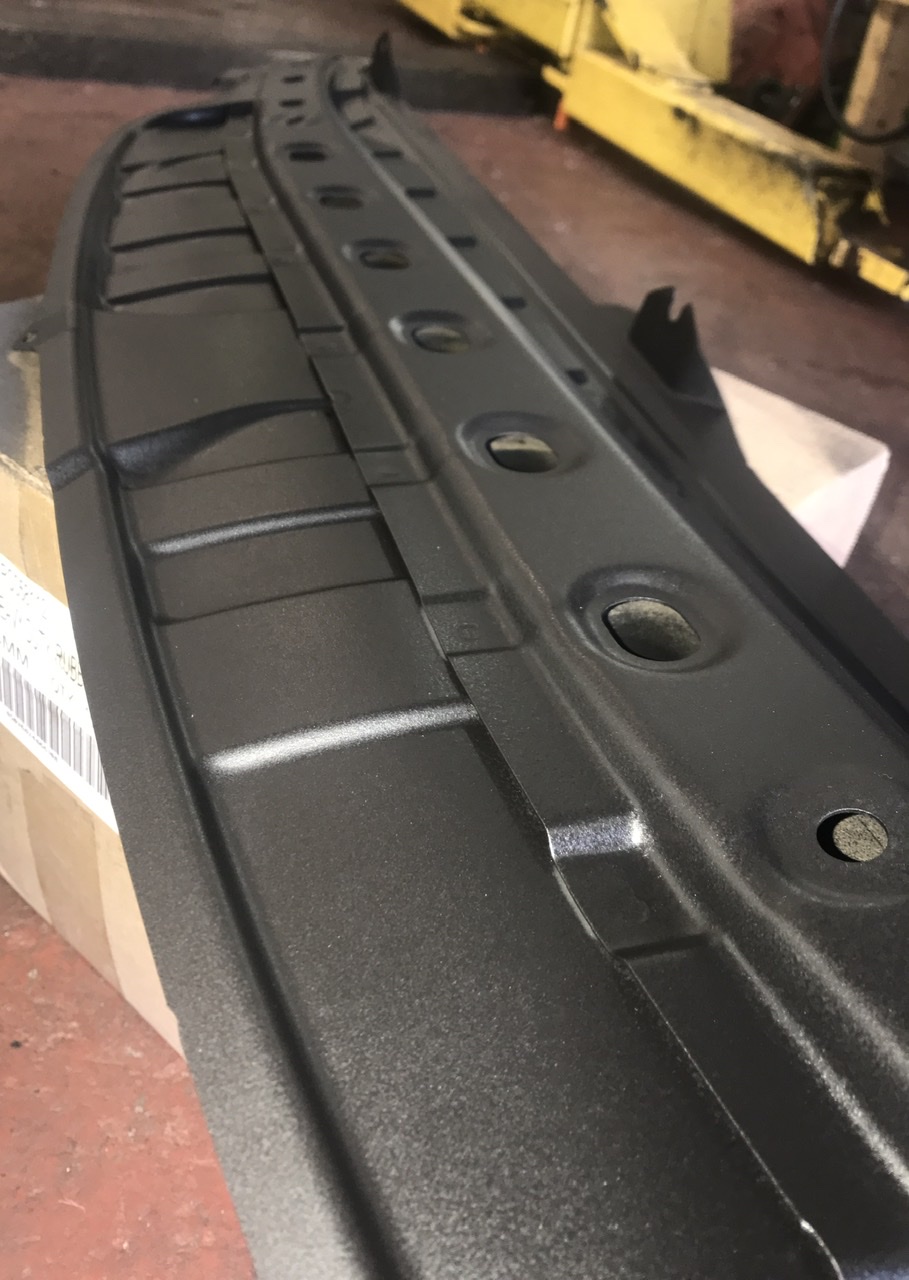 Two epic cars man! How do you find the FD2?

Civicfacelift said:
Two epic cars man! How do you find the FD2?
Click to expand...

I‘m still getting used to it but I’m liking it so far. It‘s similar to the EK in respect to how they both corner so well, have great turn in, front wheel grip and rear end predictability.
Both also have good rigidity and hardly any body roll, obviously the FD edges it on power but most importantly it has some usable low end torque (not much but enough to make life easier) which is great for everyday driving

The FD feels more stable and comfortable at high speed, corners and straights, it’s a more refined, more modern drive than the EK. It feels like a much bigger car in the city at slow speeds but once you hit a motorway or B road it’s nimbleness and power really shines through, it almost starts to feel like a small hatchback sized car
The cabins a lot quieter, the seats are bigger, it has more room and the dash is a much more modern design so it definitely has more of a everyday car vibe about it

A few things that I really like are… The I-Vtec shift light, absolute perfect placement where you don’t really have to look or focus in on it to see what it’s doing, it’s kinda right there, in your line of sight
The 6 speed box, in particular gears 1,2 and 3, so short and close, gives it a proper racey feel if your going for a good spirited drive. 6th gear is great for motorway cruising, big improvement over b series 5 speeders
Also loving that I have some in car entertainment, it’s still in Japanese but least I can listen to some tunes, again gives it much more of an everyday car feel over the EK which has no radio or speakers

A few things that are not so much to my liking… The shifter, it feels numb, there’s nothing wrong with it, shifts smooth without fuss into any gear, if anything it’s that smooth and un-notchy it just feels numb
The suspension setup and stiffness, this is really only a gripe as I use this as my daily driver in a city where the roads aren’t the best and have speed bumps around every corner you turn. The chassis just feels a bit stiff/rigid for bumpy uneven roads imo… this turns into a plus on any decent surface though
The clutch feel wasn’t the best (again numb feeling) but I just rectified that by upgrading to a B series clutch master cylinder so it now feels great and just like the clutch on the EK, big improvement over the standard master cylinder which has some sort of dampening diaphragm built into It
Last edited: Jul 21, 2021

Even though they are only a shade smaller, it looks a lot neater imo 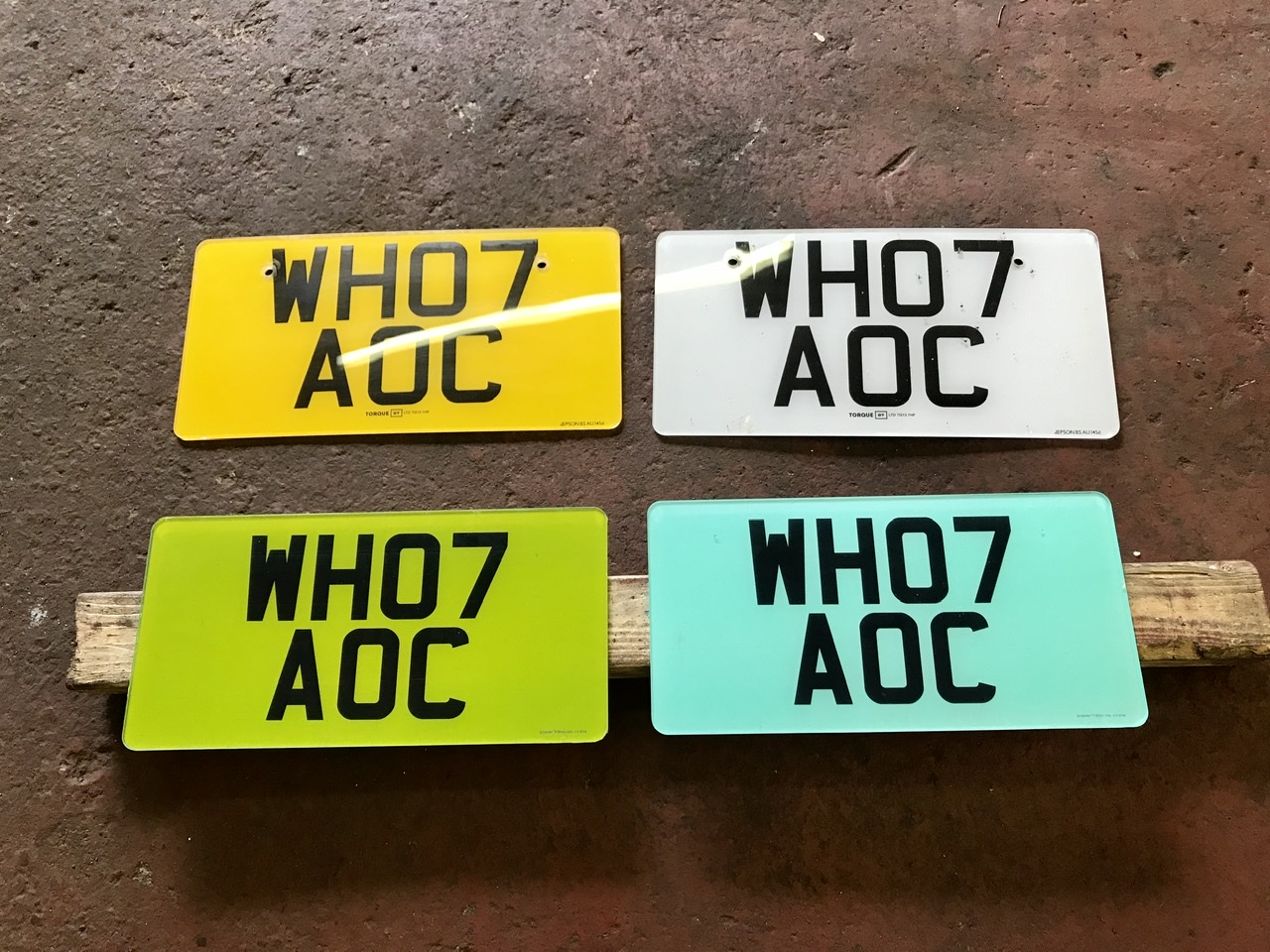 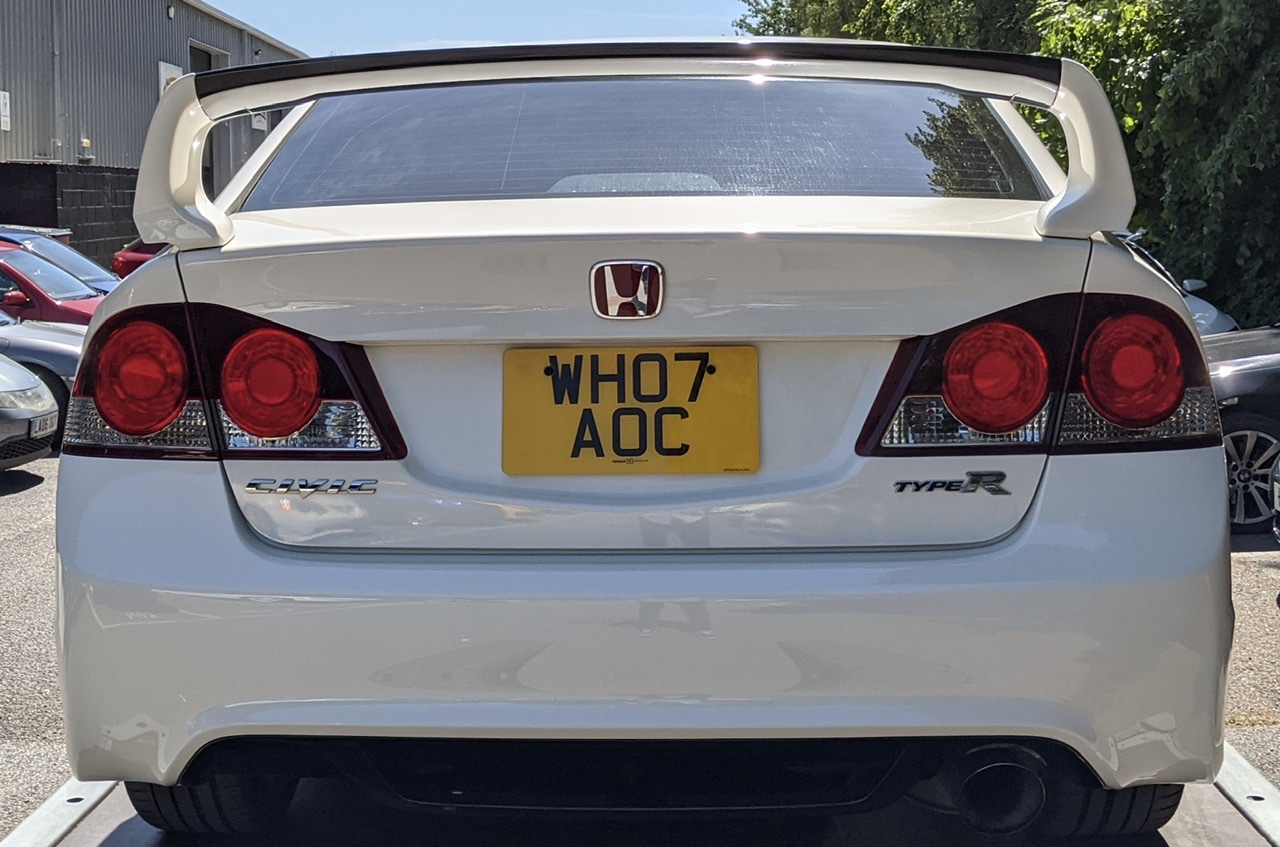 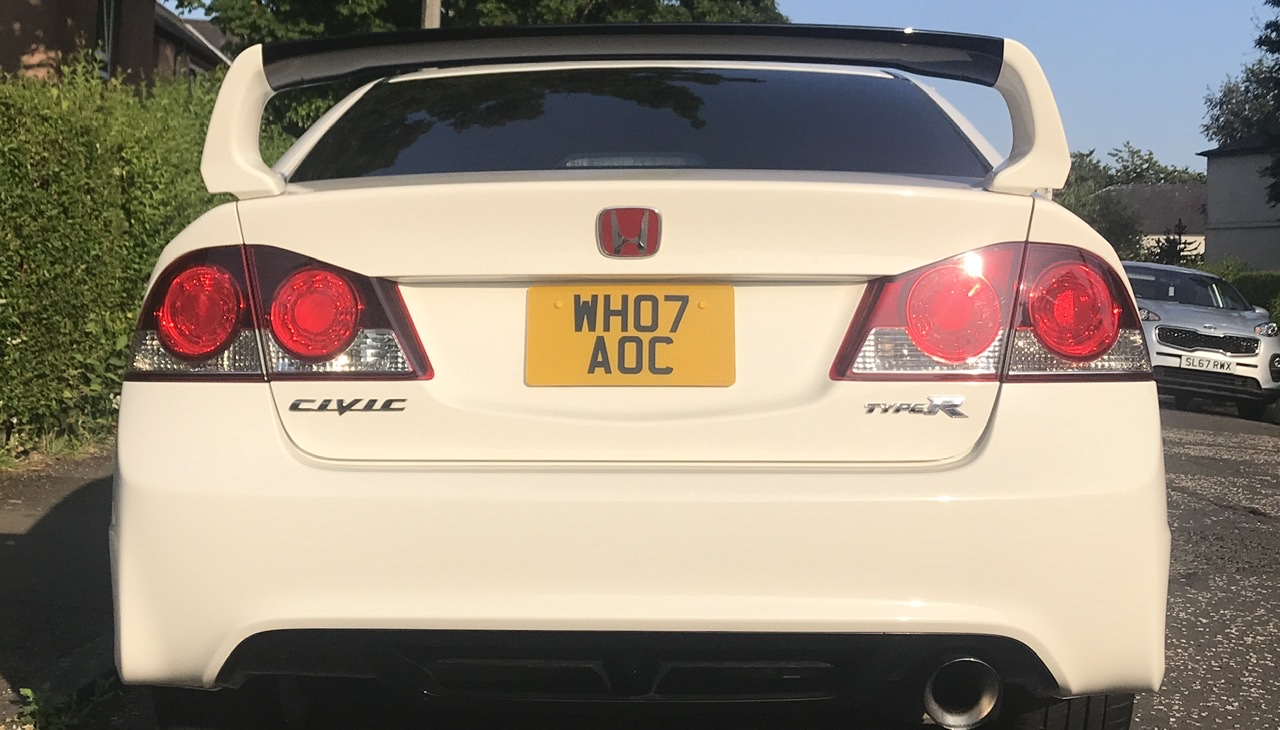 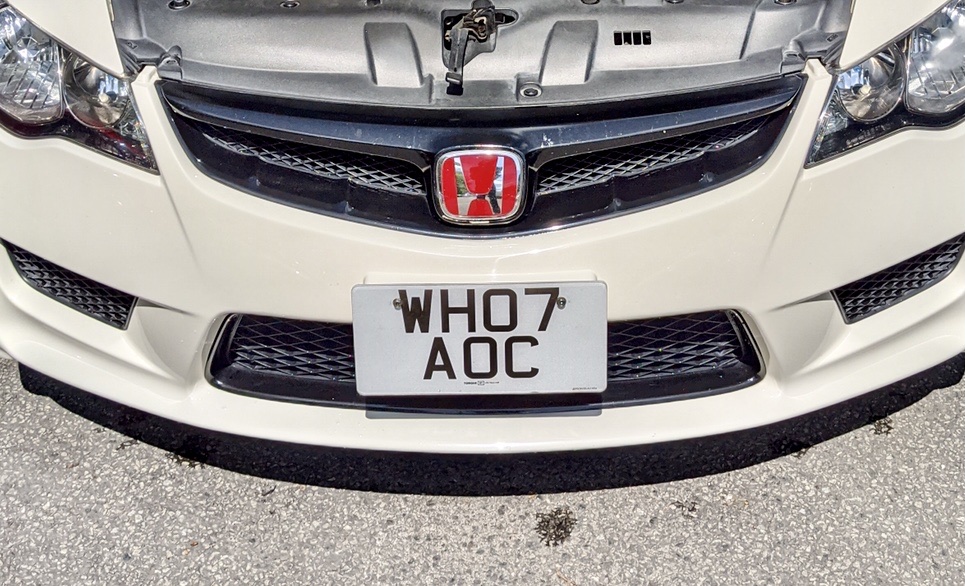 After (excuse the dead bugs) 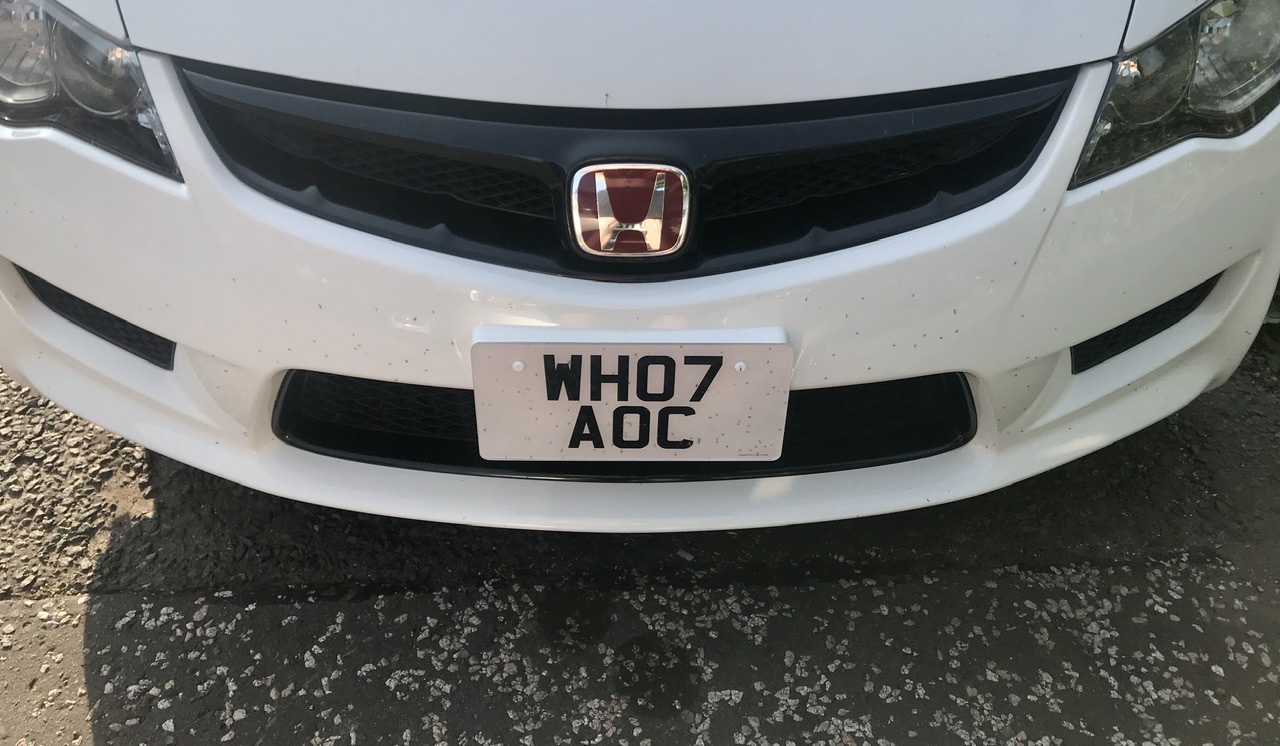 Good picture from a local meet 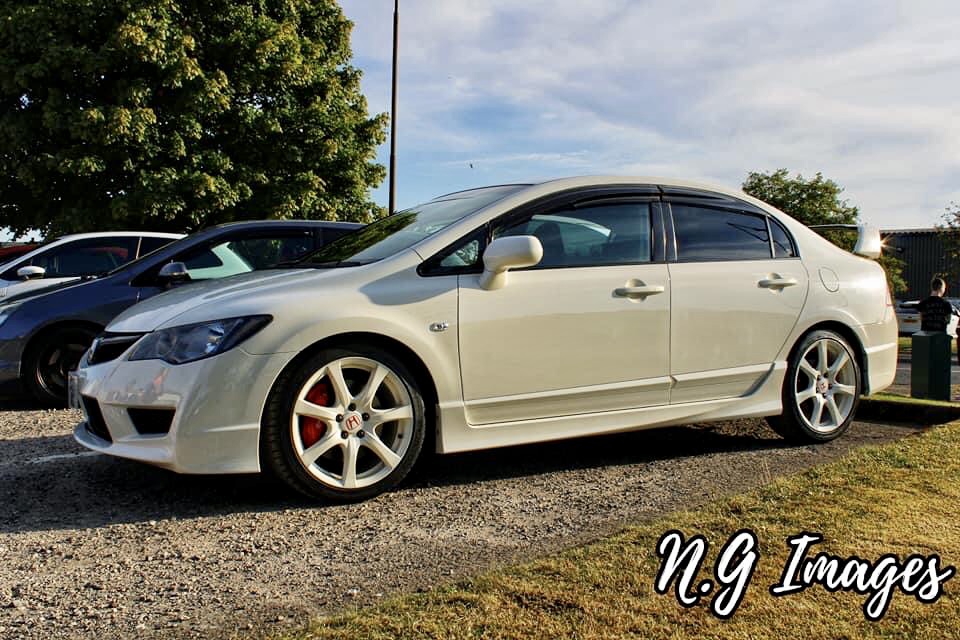 Keep us posted on your future plans for this car.
Congratulations on this purchase. It is such a clean-looking white Civic.

Took the car to the Scottish Festival of Motoring show over the weekend with Type R Scotland club. It won car of the day for our stand so I'm chuffed with that 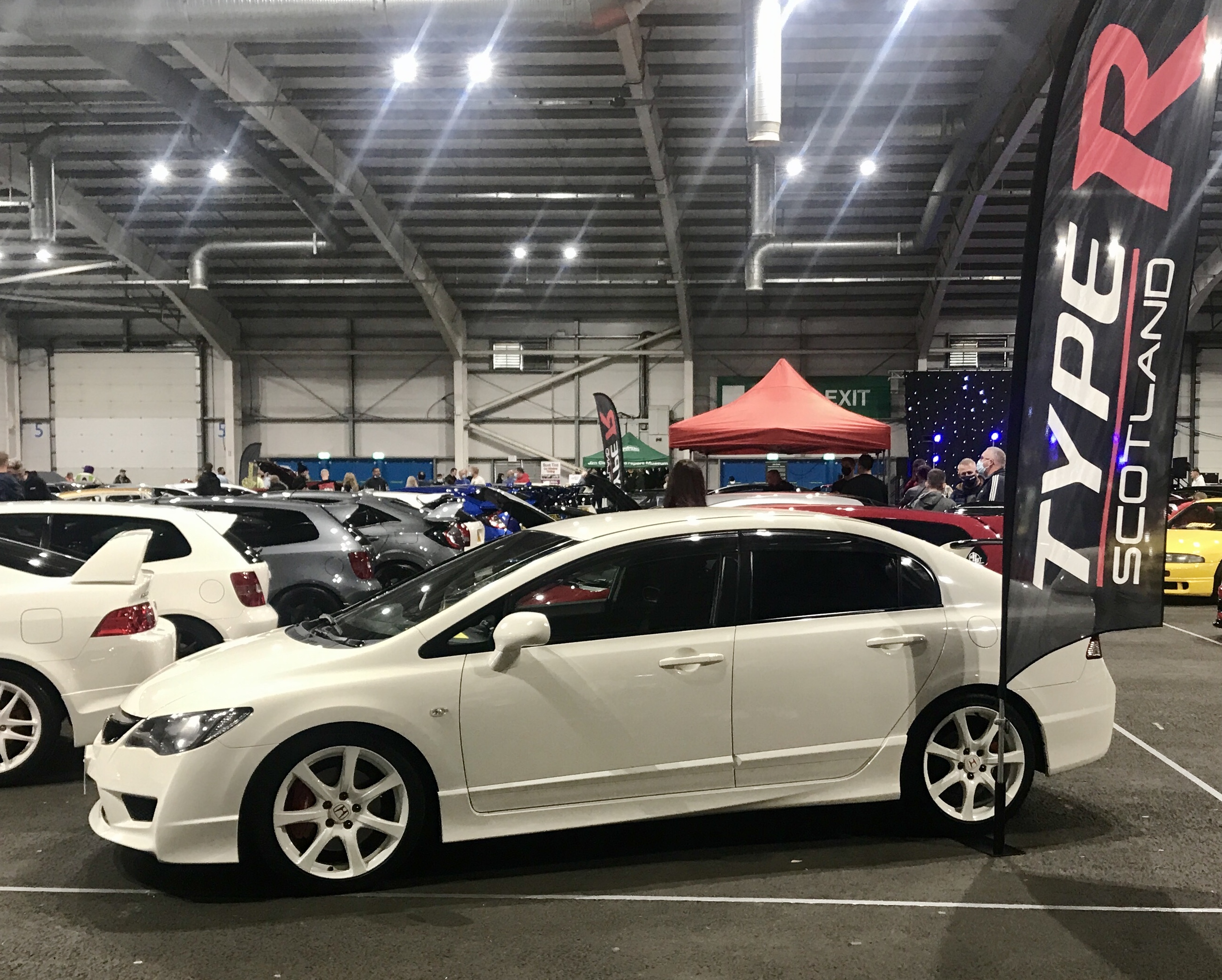 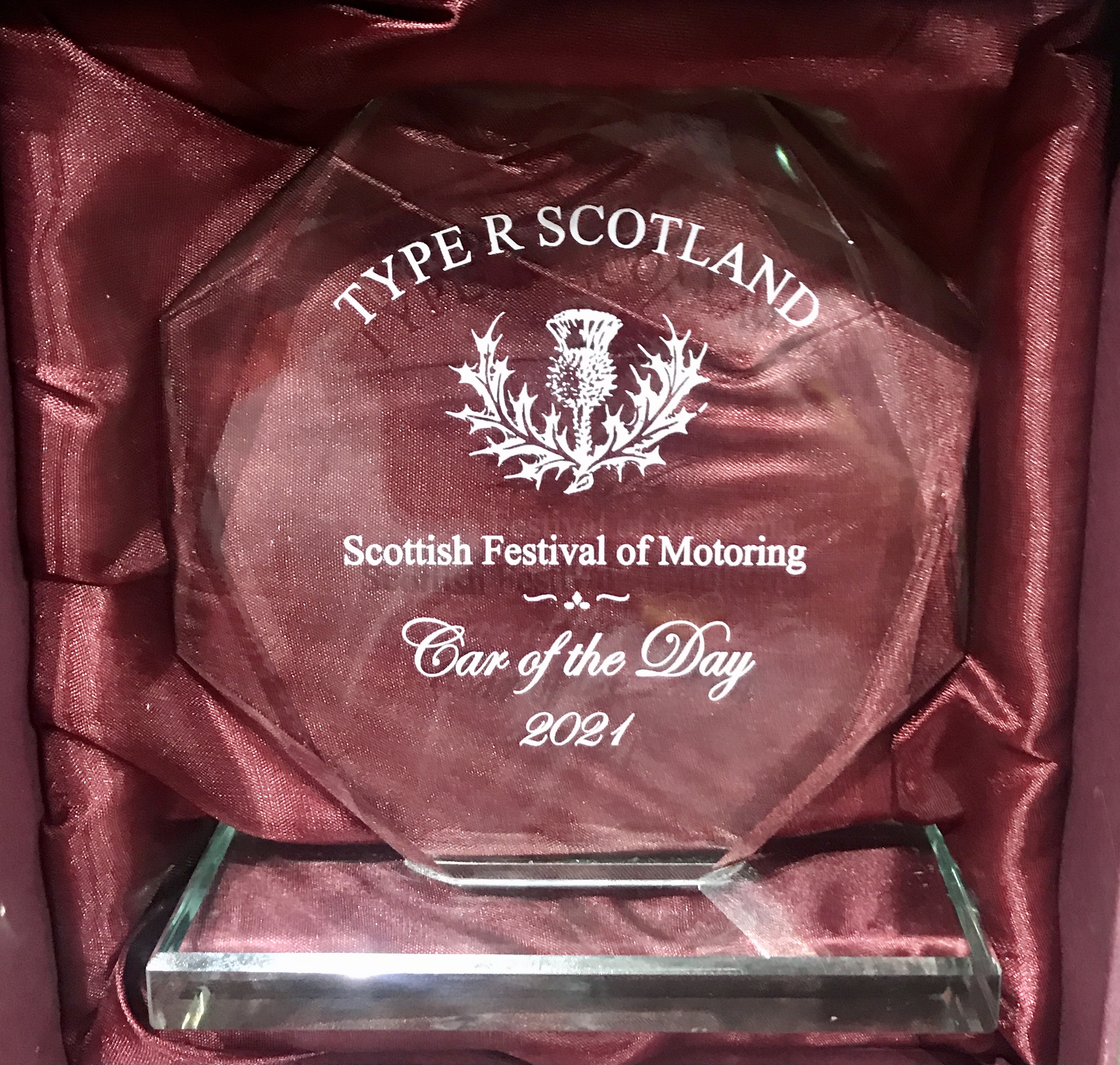 danbo2002 said:
Took the car to the Scottish Festival of Motoring show over the weekend with Type R Scotland club. It won car of the day for our stand so I'm chuffed with that
Click to expand...